I'm unhappy and overwhelmed these days. There's stuff going on at work that annoys me. I'm beyond sick of the ongoing dental drama. And then there's Henry. (See post below.) 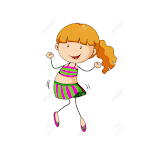 So I wasn't expecting a little conversation over a slice of pizza to make me so happy. But it did.


I had a hair appointment at 1:15. At noon, my friend Nancy and her husband Paul met me for lunch at the little fast food place next door to the salon. They told me about seeing Steve Martin and Martin Short in Milwaukee. I told them about the TCM Film Festival. We talked about how Nancy and Paul just discovered Blue Bloods and can't get enough -- even though their kids mock them for it.

Then it was time to go. They had to finish sprucing up their daughter's car (she's returning from an Italian vacation it's their surprise "welcome home" to her) and I had my haircut. As we walked out, Nancy said, "It's been more than a month and like Paul and I say, we miss The Gal when we don't see her."

That little comment melted me. I think about it now, hours later, and I'm literally smiling.

I told her that I appreciated hearing that because I worry about my people skills after two years of staying home during covid. She hugged me and said, "You 'people' just fine."

So here's the moral of my story: If it's positive and you're thinking it, say it. It may seem like a little thing to you, but it might mean a lot to the one who hears it.

My friend Henry called me Friday night. It's the first time I'd heard from him in weeks. He was in tears.

"I got married today," he said.

"No, to Connie's daughter. She just died. It was her dying wish." Connie died in September 2016. She didn't have a daughter. She had a son.

He was grateful the college was closed "for the corona virus" so he didn't have to miss any classes for the wedding. He has not been a professor for approximately 8 years.

"But you're married to Reg. How is this going to work?"

"I am not married to Reg. I love him, but all we have is a piece of paper. I married Connie's daughter in church today. I wanted you to know."

"Thank you. Is Connie's daughter going to live with you?"

"Yes, she will have her own room. I will make sure she does not do anything stupid. It was Connie's dying wish." He resumed sobbing. He told me he miss Connie very much. She was his "second mother."

I told him that, when I come visit him for his birthday, we will go to the Key West Botanical Forest and say a prayer for her. I reminded him that she told me how much she loved that place.

"She is buried in the Jewish cemetery."

"That doesn't matter," I said, "We can pray for her where she was happy. Won't it be nice to remember her when we are among the birds and the flowers and the trees?"

This went on for 40 minutes.

I fear Henry is showing signs of schizophrenia. It sometimes happens after a TBI. Especially to those who feel isolated. Henry certainly has spent too much time in his own thoughts, stewing in white wine, since he lost his job at the library last April. I noticed at Christmastime he no longer could taste food and often expressed feelings of persecution.

Or maybe I don't fear it. Schizophrenia can be treated. Maybe getting such a scary diagnosis will shake Henry's husband Reg out of his inaction and spur him to get HELP -- from the county, from doctors, from Henry's congregation.

Henry is so lonely, trapped in that broken brain. He misses his good friends. Both Connie and Ted are dead and he hasn't replaced them. (It's hard to add to your circle of friends when you're over 50, almost impossible when you have a TBI.)

I selfishly miss my friend Henry, just as he misses Connie. I should spend more time thinking about how awful it must be to live in that funhouse that his brain has become.