Today's happiness -- I Love Lucy. I'm feeling weird today. It's hot and sticky outside, I have work to do this weekend that I haven't yet touched (and it's 5:00 PM). I can't bring myself to watch baseball (see post below). If it wasn't for taking out the garbage, I wouldn't have gotten dressed at all. It's Esther Williams Day on TCM, and really, her movies just bore me to tears.

Thank goodness for The Decades Channel. In honor of Lucille Ball's 110th birthday, this weekend they're showing nothing but Lucy. The Lucy-Desi Comedy Hour, The Lucy Show ... yeah, whatever. Might as well watch Esther Williams. But I love I Love Lucy. It makes me feel good about holing up in my bedroom under the air conditioner.

Happy heavenly birthday, Lucille Ball. And kudos to Desi, too.

Today is Anthony Rizzo's 32nd birthday, but that's not why he's in the news.

Rizz declined the vaccine in June. I have been worried about this since June. His new manager, Aaron Boone, said he's "achy and has mild symptoms."

I was vaccinated the moment I was able. Back in April. So clearly I don't agree with his decision.

Even if he recovers quickly and completely, he will miss 10 games. Including those against division rivals Boston Red Sox. 10 games of the remaining 50, when his team is battling for a playoff spot.

So in addition to putting his health in jeopardy -- he's a cancer survivor! -- he's putting his career in jeopardy. When this season ends, his contract is up. He's made public comments that he'd like to stay in New York. How likely are they to sign him if he crippled their playoff hopes?

And that's if he's OK ... I had covid. I was sick for six weeks. Of course, I'm a fat, out-of-shape old lady and he's an athlete in peak condition.

But he hasn't been vaccinated. If I wasn't so worried about him, I'd want to wring his stubborn, uninformed neck.

He matters to me! 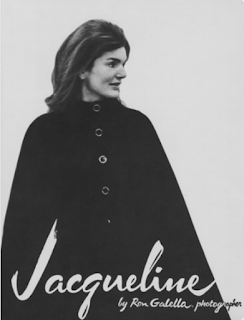 1.  What is the nearest book to you?  Your Kindle does not count. Jacqueline by Ron Galella. It's a coffee table book filled with the black-and-white paparazzi photos Galella took of JBKO between 1968 and 1972. I have mixed feelings about it. The photos are fascinating, capturing her as she went about her everyday life on two islands: Skorpios and Manhattan. To get these shots, he hounded her, exacerbated her feelings of PTSD, and drove her to take him to court. The judge ruled that, while she was undoubtedly a public figure, she had a right to privacy and Galella couldn't come within 50 feet of her anymore. At the time, Jackie was pilloried in the press for suing Galella, but I wonder what would have happened if Princess Diana had stood up for herself the way Jackie did. Maybe her life wouldn't have ended the way it did in that Paris tunnel.

2.  When was the last time you took a "me" vacation? The TCM Classic Film Festival in Hollywood, spring of 2019. I had a glorious time, getting my geek on among other geeks. Hopefully I'll be able to do it again in 2022.

3.  How many telephone numbers do you have? Three: home, work and cell.

4.  If you could fix one thing in the public school system, what is the one thing you would do immediately? I would do whatever is possible to keep children in school but still safe from Covid. I suppose that means mandatory vaccinations for school staff.

5.  What's your favorite Olympic event? I don't watch the Olympics.

6.  Do you watch the Olympics? See above.

7.  Who is your favorite sports team player?

8.  If you could travel in a spaceship to any planet, which planet would you like to visit and why? I wouldn't. Too scary.

9.  When was the last time you sat in a church? February 2020. My church has moved services online.

10.  Are there any aspects of blogging that annoy you? Yes. But I don't feel like being negative just now, so I'll keep them to myself.

11. Have you ever gone to a party and snooped in the medicine cabinet? I did when I was a little girl. I discovered that my great aunt used ExLax.

13.  How many people can you call who have known you since you were in school? Two.

14. Who, when, and where was your first kiss? David. Summertime. Across from the hamburger stand. He was waiting for his friends, and I was bringing home a carryout order for my mom.

15. You just got thrown out of your country.  Where do you want to become a citizen? Canada. Maybe England. I don't think I could handle a new language.