46. Have you ever slapped someone? No.

48. What was the last CD you bought? Soulbook, by Rod Stewart. It's very good, exactly the kind of music Rod should have been doing these last few years.

50. Could you ever forgive a cheater? I don't know. Yes, it's a copout, noncommittal answer, but you're asking such a complicated question.

51. Is your phone bill sky high? No. My electrical bill is, due to the air conditioning, but my phone bills are manageable.

52. Do you like your life right now? Pretty much. There are things I'd change, but on the whole, I like my life.

54. Can you handle the truth? More often than not

55. Do you have good vision? When I'm wearing my contacts or glasses. Otherwise I'm very, very nearsighted and the world looks one big Monet. 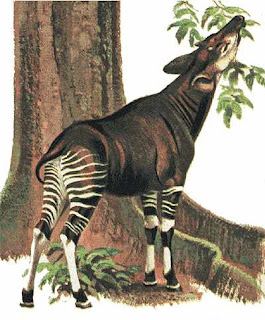 57. How often do you talk on the phone? Less and less.

58. The last person you held hands with? My nephew.

59. What are you wearing? A nightshirt that says, "Celebrate the South."

60. What is your favorite animal? The okapi, a shy herbivore that looks like a cross between a giraffe and a zebra.

61. Where was your favorite picture taken at? A company softball game.

64. What was the most recent thing you bought? A Prancing Pony t-shirt for my cousin, because she's seriously into LOTR.

Even though I didn't feel like it, I reassembled my bathroom today when I returned from the dentist. I rehung the shower curtain and returned all the cleaning supplies to their places beneath the sink or behind the toilet. I put all my bath and shower soaps and gels and bubble baths on the shower shelf, all my hair stuff on the shelf beside the medicine chest. My skincare is in the basket on the toilet tank, and everything else is in the rolling cart.

I hated doing it. And I realized anew something important about myself -- I'm not so much a hoarder as a slob. I had to force myself to put everything back. My first impulse was to just lay on the sofa, being lazy, while all that bathroom stuff decorated my hallway.

A force to be reckoned with 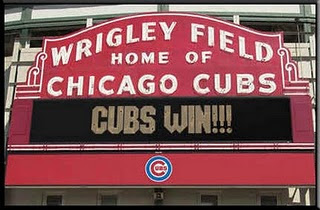 OK, so this season isn't what I had hoped. But the Cubs just won TWO IN A ROW off of the Cardinals! And this has been good, fun baseball to watch. Today, the last out was a face-off between Carlos Marmol and Albert Pujols!

I went to the dentist this morning and while the work she did wasn't painful, getting to and fro was because of all the rain last night and this morning and consequential flooding. And she sooo numbed me that I'm all tingly and itchy as the Novocaine wears off.

1. When was the last time that you watched a sunrise? Who were you with? I truly don't recall the last time. However, the most beautiful time was in Switzerland. The sky looked pink as the sun rose over the Alps. I have never seen a pink sky before or since.

2. If President Obama promised he'd do one thing you asked, what would you ask him to do? Listen to Joe Biden and seriously commit to a high speed railroad system. We have to stop driving so much in this country! Our addiction to gas/oil is killing us.

3. What is one experience that has strengthened your character the most so far? My dad's sudden death, and the emotional toll of everything between us that was left unresolved.

4. What is the first thing that you usually do after completing Saturday 9? There's no "usually" answer to this question. But today I'll be putting on my makeup, brushing my teeth, and leaving for the dentist.

5. Tell us about someone either in your life or in the blogosphere that you think is extremely funny. My oldest friend has always been able to make me laugh, often and hard. They are all "you had to be there" moments, but oh, how I have laughed during those moment 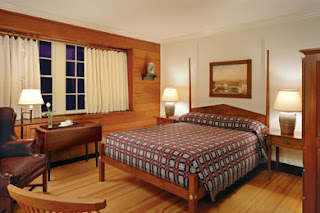 6. Where was the last bed that you slept in that was not your own? While I was on vacation in Colonial Williamsburg. Though since I paid for the room, I guess technically it was my own.

7. Have you ever been too drunk to remember anything? I don't remember.

8. Have you ever licked something to clean it? Yes. Most recently, a paper cut on my index finger.