On Day Three, teaching kindness made me happy. Today, downtown is filled to the brim with happy people. The Cubs are home, playing an afternoon game, and it's the first day of Lollapalooza. The streets are crowded, but the energy is positive. Amid all this excitement, I witnessed a small moment that touched my heart.

A dad and his towhead little boy were waiting at the light at Michigan and Randolph. The son was so young that his shorts -- clearly covering a diaper -- were the biggest thing about him. His father had a grocery bag filled with snacks. Dad dropped to his knees on this busy corner, withdrew a small bag of Cheetos, and handed it to his son. The boy started to open the bag, but his father told him to stop.

He pointed his son to the teenager tucked beside the streetlight, holding a sign that read, "Homeless & Ashamed." The toddler waddled on over and, with great solemnity, presented his Cheetos to the kid.

I know the little boy was too young to fully understand what he'd done. But in a way, that's what made it so great. I hope that seeing and interacting with the less fortunate becomes a natural part of his life.

If you want to play along, just come back here (meaning to this blog, not this individual post) each day in August, looking for the Happy Cub. Every day I will try to have a post with the headline: August Happiness Challenge: Day [X]. Leave a comment and then post your own daily happiness, with August Happiness Challenge in the title to make it easy to find.
Posted by The Gal Herself at 8/03/2017 03:27:00 PM No comments:

On Day Two, I enjoyed The White House. Not the current residents. Not the Presidency. The building itself and its grounds.

I belong to a Facebook group devoted to JBKO. Since historic preservation was one of her passions, and she's so identified with the White House restoration, it's just natural that the conversation this morning turned to Donald Trump allegedly describing The People's House as "a dump."

Whether or not Mr. Trump said that is not the issue for me. What made me happy was the flood of photos and links others in the group posted. The private residence at The White House has always interested me ... maybe because it changes so often and I'll never see it, anyway. It was fun to take a peek at the home during Kennedy, George W. Bush and Obama years.

If you want to play along, just come back here (meaning to this blog, not this individual post) each day in August, looking for the Happy Cub. Every day I will try to have a post with the headline: August Happiness Challenge: Day [X]. Leave a comment and then post your own daily happiness, with August Happiness Challenge in the title to make it easy to find.
Posted by The Gal Herself at 8/03/2017 01:54:00 AM 1 comment:

As you can see from the post below, Wednesday was not a good day.

The evening sucked, too.

I got home, I found an EOB from Blue Cross that says I'm responsible for $739.94, as a result of my colonoscopy.

The day before the procedure, right after I began the prep, got a call from the hospital. They asked me to give them a credit card number and pay them $327 -- the amount they said Blue Cross wouldn't pay. I still have the receipt. Plus, you don't forget conducting business when your colonoscopy prep has begun to take effect.

No, it hasn't been a good day. 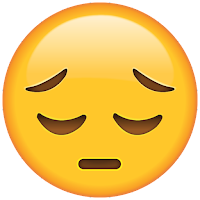 A few years after Linda died, Paul McCartney gave an interview to Rolling Stone where he talked about his grief. He talked about the tears he couldn't hide, and didn't bother to. "I'm sorry about this," he'd say to people, "I've got to cry."

I talked to my friend, Barb, today -- at length, for the first time since June. Her recitation about her life these days was frequently interrupted by, punctuated by, tears. She didn't say it, exactly, but Paul's quote would not have been out of place in our conversation. "I'm sorry about this, I've got to cry."

Today it was unsaid, but her husband is dying. His body is simply quitting on him. This isn't surprising, really. When he was diagnosed with lung cancer back in September, his first doctor gave him six months. It's been 11. For the first five months, John stayed strong and Barb stayed hopeful. Then in the spring, the wheels started to come off. The cancer began to spread.

He had a bout with brain cancer in spring. His oncology team took drastic measures and they thought they caught it all. They didn't. In June, he suddenly began vomiting blood. The brain cancer was back. He stayed in the hospital a few days, undergoing that same radical treatment. He was released. He was weak -- he hasn't been able to handle stairs at all in 2017, and with this latest hospitalization, he stopped being able to get around without a walker. But his spirit was strong, he was happy to home, Barb continued their plans on the new home they've been building in Hilton Head.

This was early June, and the last time I'd heard from her in a while. I thought maybe she was busy going ahead with their plans -- to prepare their home in Chicago for sale so they can 1) pay for the new house and 2) get out of here before another punishing winter. Since I thought this was a bad idea -- John is currently being treated at Northwestern, ranked #1 in Chicago for cancer treatment, and there simply isn't a comparable hospital in Hilton Head -- I gave her space. She doesn't need a naysayer ... she's busy ... she's living what I thought was a fantasy, but who am I to say what the future holds?

I was wrong. Her radio silence had nothing to do with preparing for the move. She was just crazy busy -- with John's deteriorating health.

He was home barely a week in June when something terrifying happened. He began speaking gibberish and showing "signs of dementia." It was an unexpected side effect of the cancer treatments. He was admitted into a long-term facility especially for cancer patients. He got home in July, and though physically diminished -- he's down to 135 lbs. -- he was sharp and hopeful and happy. It looks like the brain cancer, while punishing, has been vanquished.

But now his damaged lungs are quitting on him. Pneumonia. Back in the hospital. It's telling that he's in the pulmonary ward. His oncologists are no longer directly involved in his treatment. It seems there's no point.

He's still in the hospital today, and hopes to come home on Friday. But he's not well. He's just no longer out of imminent danger. Barb will be happy to have home, but views it as a respite between hospitalizations.

Barb and John have consulted with the doctors about "not taking heroic measures" to save his life.

The house in Hilton Head is done, but John has never seen it. Barb is tacitly admitting he never will. "I think I'm going to keep the new house," she said, apropos to nothing.

I realized today that this was the first time we've spoken in two months. I'm embarrassed and ashamed. This weekend, I'm going to buy some silly cards. I'm going to drop them in the mail to her on a regular basis. I'm going to email her more often. I'm going to be a better, more attentive friend.