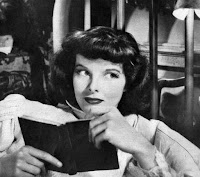 
1. What are you currently reading? The Road to Jonestown by Jeff Guinn. A friend recently used the phrase, "I drank the Kool-Aid" on her Facebook page and I wanted to scream. She's old enough to remember the origin of the phrase, and really, it's not funny. More than 900 people died at Jonestown in Guyana. Painfully, and for nothing. For me, 40+ years is still "too soon."

With that as my mindset, this is a good book for me to read on this topic. Guinn is both a researcher and a storyteller. He keeps to to the facts and resists sensationalizing, yet he holds my interest.

I'm learning a great deal about a story I thought I knew. Early on, he did a great deal of good, particularly during his days in Indianapolis. Once he became powerful within Peoples Temple, Jones was never held accountable and refused to answer criticism. It's chilling and especially relevant today, when the cult of personality has led 40% of the country to say they actually approve of the way a reality TV star has run our nation into a ditch.


2. What did you recently finish reading? Wait Till Next Year by Doris Kearns Goodwin. I could not have loved this book more. I grew up (and remain) a Cub fan, bonded to my father over old-school score keeping, so Doris had me hooked when she shared how she and her father discussed the Brooklyn Dodgers game each evening while going over her scorecard. She grew up on Jackie Robinson, in awe of his skill and unaware of the burden he carried as the MLB's first player of color. I grew up on Ernie Banks, delighted by Mr. Cub's natural gifts and unaware of how difficult it was for him to maintain his sunny disposition while carrying the weight of being the Cubs' first black player. I could go on and on, but I'll spare you. Let's just say that after a lifetime of saying "Wait Till Next Year" myself, in 2016 I finally got to the Cubs win the World Series. At that moment, I felt at one with my dad, my uncle and grandparents: the Cub fans who came before me and never saw such glory. You may not understand, but Doris Kearns Goodwin would.

This book is about family, tradition, victory and loss (in its many forms), and going from girlhood to womanhood. If you've ever listened to a game on the radio, gone to the park and enjoyed a cool one on a hot day, or thrilled to the crack of the bat, this book is for you.

3.  What will you read next?  Something a little lighter. While Road to Jonestown is engrossing, it's a difficult read.

Today's happiness -- Women supporting women.  Yesterday we had a rather important Zoom meeting. Two of the more powerful men on our account enthusiastically tossed out some very bad ideas. I was in the call, but they treated me like I was invisible and I was too intimidated by their bravado to say anything.
After the Zoom meeting, I called my art director and said, "Can you believe those bastards? They're so arrogant and uninformed. They're going to lose us this account."

"Why don't you call Jill and tell her what you think?" Jill is a Vice President. She's not as elevated as the men, but she's pretty high up.

"She doesn't want to hear from me," I said. My art director assured me that she did, and that what I had to say was important.

Here's the thing: my clients like me and talk to me, perhaps more frankly and certainly more often, than they do those two powerful men. I know in my bone marrow that if those two start talking to our clients the way they said they intended to, they were going to come off as offensive and dumb.

I also assume that my two powerful male coworkers view me as an old Boomer woman who should just die already.

Still, I swallowed my lack of confidence and reached out to Jill. She answered me immediately and set up a private Zoom for just the two of us. It went so well.  She took everything in the spirit in which it was meant, taking notes and thanking me more than once for reaching out.

"You helped us avoid a landmine, Gal," she said.

I was walking on air.

So let's see: my art director (a woman) told me I was "brilliant" and that I need to speak up more. An account VP (a woman) thanked me for stepping up. With their support, I did the right thing. Sisterhood is powerful.