We had a condo association meeting this week. As they always do, this one ended ugly.

Our elevator has needed repair since November 1. It's old, it's creaky. It runs reliably but loudly and slowly. The state inspector refused to license it until repairs are made ... and if they aren't done by March 31, it will be shut down.

Naturally this came up at our meeting. I was happy to learn that it won't take much to bring the elevator up to code. The problem is not mechanical. Our elevator has an outdated pit ladder. Replacing it with a new one would cost less than $750. YEA!

So then the question becomes: If the repair is so affordable and easy, why hasn't it been done yet?

Because our board president is tying the elevator repair to his master plan -- to gut our old, late 1950s-era elevator and replace it with a new one. That will cost close to $25,000. That would require a special assessment $1,000 per unitowner.

I'm not happy about that. The board will not be able to get permits and and construction done before March 31, so we'll still have to purchase and install the ladder required now, just so we can rip it out and throw it away over the summer. That's just dumb. Bad planning, Mr. President.

Also, I live in a very diverse building -- which is the way I like it. We have young marrieds and single working mothers and retirees and interns and ... The median income in our zip code is just under $50,000 annually and that sounds about right for my building. (The national median is just about $52,000.) So I know that coming up with an extra, unexpected $1,000 will be difficult for many of my neighbors.

Still, I was open to the all-new elevator idea. It might make sense to just replace the sucker now, and confidently ride in a car with enhanced lighting and safety features, rather than bringing our deficient, old-school elevator up to code over and over. So while I was leaning toward "no," I was willing to be persuaded. 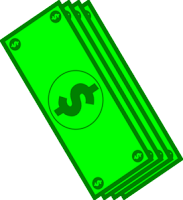 Unfortunately our board president was just getting started. He also wants us to replace our mailboxes, our intercom system and ... wait for it ... expand the lobby. Which would entail knocking down walls. Which would have a price tag of over $100,000. Which means each unit owner would have to kick in (approximately) $4,600 before December 31.


First of all, that would be a hardship for me. I just ordered a new sofa. I want to finally finish my bathroom this year. If, after the sofa and shower tile, there's any tax refund money left, I'd like to take a spa vacation. This special assessment would put an end to all that. (Except the sofa, because I've already charged it.)

Secondly, there are neighbors for whom this wouldn't be a hardship. It would be an impossibility. They do not have $5,000 just sitting around. Especially not for something that doesn't need to be done.

"What will happen to owners who can't pay the special assessment?" I asked.

Mr. President made a cutting gesture across his throat. "They're out."

I admit I lost it. I said, "People have lived here for decades, and you'd have them evicted over $5,000?" I told him I found that "skin crawly."

He said he only said that "in exuberance." I don't care. The damage has been done.

All I need to do to defeat him is 8 votes. I will get those 8 votes.

Because he is an asshole.

On the way back to my condo, two of my neighbors rather sweetly told me there was no reason to be this upset. "It may not happen, after all ..." and "It can't happen for a long time ..." etc.

I appreciate their kindness, but I disagree. I can think of no better reason to be upset. Our board president wants to sell his unit -- which he bought on auction and paid just $60,000 for -- before the end of 2017 and he wants to make a massive profit. He doesn't care if he does it on the back of his neighbors. That's an ugly, ugly thing.

It makes all the difference in the world 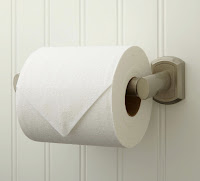 I shall try to convey this without imparting TMI ...

Wednesday and Thursday mornings have been dependably comfortable and normal. That's even after I added fresh fruits (blackberries! strawberries! grapes!) and vegetables.

I long for the days when I take this sort of thing for granted. I don't know when I was infected with c. diff, but the first episode was December 23. That's a loooooong time to be preoccupied with this.