1) In this song, David encourages his partner to "put on your red shoes and dance." When did you last dance? I don't even remember. Whenever it was, you're glad you didn't see it. I'm a terrible dancer.

2) Mr. Bowie recalled that he and choreographer Toni Basil developed a dance step now known as "the moonwalk" for his 1974 tour, nearly a decade before Michael Jackson performed "Billie Jean." Can you think of something you should have gotten credit for, but didn't? It happens at work all the time. Just this past week, in fact. I should be used to it by now, but it still bothers me.

3) Similarly, the band Roxy Music was upset because Bowie copied their "catsuit look" for his own stage wardrobe and made it famous. What do you usually wear, Monday through Friday? Jeans and a pullover of some sort.

4) David Bowie was particular about the aftershave he wore, 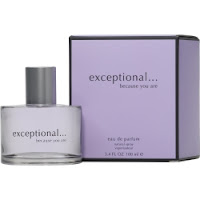 and one of his favorites was by Guerlain. Do you regularly apply cologne or aftershave? Always. Right now my favorite is called Exceptional. I like it because it's an uncommon, rather crisp fragrance.

5) In school, David's best subject was art. Think back to your own school days. In which class did you excel? English and American history.

6) In addition to art and music, David Bowie displayed a keen head for business, leaving a fortune of more than $600,000,000. Would you describe yourself as "good with money?" Tee hee. No. Emphatically no. 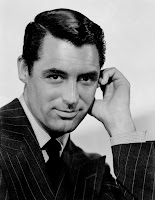 7) Bowie also appeared in a variety of movies from The Man Who Fell to Earth to Zoolander. Who is your alltime favorite movie actor? Oh, goodness! Cary Grant and Robert Redford. Judy Garland and Katherine Hepburn. Of today's crop, I like Leonardo diCaprio and Rachel McAdams.

8) One of Bowie's hits is "Life on Mars." If you had the opportunity to travel into space, would you take it? No! Too vast and too dangerous.

9) The creators of SpongeBob Square Pants are huge Bowie fans and were thrilled when, in 2007, he appeared in an episode. Sam suspects that she may be the only person who hasn't seen that cartoon show. What about you? Have you ever watched an episode of SpongeBob, start to finish? Aye, aye Captain!

Surrounded by my people

I was raised in the Lutheran Church, but I converted. I was also raised to worship at the baseball cathedral on Clark and Addison, and that stuck. I can't remember a time when I didn't love the Cubs.

And so, Friday and Saturday, I was delighted to attend the Cubs Convention. It was terrific to find myself surrounded by others who love them as much as I do, talking baseball even as the Chicago River is frozen solid.

I wore my grandmother's Ryne Sandberg jersey. I wanted to get a photo of Ryno and me wearing it, but alas, that never happened. I did sit in an interview room where he and Sweet Swingin' Billy Williams talked about making The Hall of Fame. It meant a lot to me to be there, in her jersey, because I know how much she loved him and how happy it would make her.

I was accompanied to all this by my friend John, who gave me this trip for my birthday. He was not as into it as I was, and at times that annoyed me, but I had to get over myself. First of all, he thought to deliver this to me, which was a big deal. Secondly, he was outnumbered. Even more than at the ballpark -- where you will frequently find yourself sitting near an out of towner who just wants to see Wrigley Field but isn't a real fan -- this sold-out convention is filled with fans. Real fans. Passionate fans. Fans like me.

He also said something very sweet to me. He said that the times in life he's laughed the hardest have been the times he's been with me. "You know, when your face hurts from laughing." And he said he that in addition to giving me this experience for my birthday, he wanted to spend the time with me. How cool is that?