Today's happiness -- That I can. I made two people happy today with really very little effort on my part. I feel fortunate that I have the wherewithal to do these things.

1. A man who is down on his luck.  Instead of just giving a panhandler a dollar bill, I now carry zip-lock bags filled with a sealed breakfast bar, a small pack of tissues, individually wrapped cough drops and a $1. Since those incremental items (even the baggie) came from The Dollar Store, I'm really only spending a few extra cents per person, per bag.

Anyway, I handed one to a guy who was asking for help. He was astonished. "You mean you had this ready, just in case?"

"I'm Jerry," he said and he added in a most courtly manner. "I thank you." He told me he was off to the parking kiosk to check the coin return slot.

2. My aunt.  She just had knee replacement surgery and she's in a great deal of post-op discomfort, reacting badly to her medication. She hasn't heard from her son (my cousin) or her grandchildren; they likely don't even know she went under the knife. Her aggressive Trumpiness has alienated her from those she holds dearest. If you come here often, you know I believe HRC was right: Donald Trump is a very bad man and many of his supporters are deplorable. (January 6, anyone?) But I refuse to let the malignant narcissist of Mar-a-lago hurt me anymore. He's done too much damage to us already.

So I keep the lines of communication open with my aunt. When I learned Thursday night that her recuperation wasn't going well, I went to Amazon, chose a gourmet get well present of 6 cookies in a box with a bow, and she got it today.

She praised my timing and told me my thoughtfulness really helped. It took me just a few clicks and less than $20, but it lifted her when she needed lifting.

Helping Jerry and my aunt made me happy. And fortunate myself. And it reminded me that we're all connected.

1) In this song, Garth Brooks tells us he wore boots to a black-tie affair. When did you most recently get dressed up? What did you wear? It was my niece's wedding last October. I wore a long (just past my knee) garnet-colored duster over a matching camisole, with leggings and black shoes. I like how I looked, which is nice because the outfit is in many photographs. 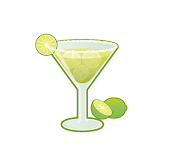 2) The lyrics refer to The Oasis, which was a real bar in Concordia, Kansas. What's the name of the last bar or restaurant where you ordered a beverage? (Yes, Dunkin' counts.) Phil's. I had a margarita with salt on the rim. My friends had wine.


3) Garth was having a stellar 2021. He kicked the year off by performing "Amazing Grace" at President Biden's inauguration in January, and then over the summer he received the prestigious Kennedy Center Honor. Now that we're past the halfway mark, how's your year going? OK, I suppose. Certainly not perfect. There was my dental nightmare. I just received a email/blackmail threat (which is probably nothing, but we'll see). And my dear old tomcat Reynaldo is not well (though he is curled up with me as I post this). But this is the stuff of life, isn't it? I think covid -- and all the selfish drama junkies who insist on making uncontroversial things like wearing masks controversial -- just exacerbate the rain that simply will fall into each of our lives.
4) But earlier this month, Garth cancelled the remaining August and September dates of his big concert tour. He's provided refunds for the 350,000 tickets that were sold. How do you tend to react when plans change? Are you easily annoyed, or do you roll with it? Not well. I don't often change plans on other people. Give me a time and a place. I write it down. I show up. I don't understand why other people have such conflicts. Sick kids, sudden work responsibilities, I get that. But beyond that? Yeah, it makes me grumpy because I don't get it.

5) Before he sang about having friends in low places, Garth hung around in some. When he was as a struggling performer, he supported himself as a bouncer. What's the most physically taxing job you've ever had? It's not a "job," but I remember being exhausted after my now adult but then very young niece or nephew would come by for a sleepover. I don't know how you parents out there do it! Hats off to you.
6) According to the RIAA (Recording Industry Association of America), Garth surpassed The Beatles as the top-selling recording artist of the last 30 years. Who do you listen to more often: Garth or the Beatles? No shade on Garth, but the Lads. Obviously and forever the Lads. 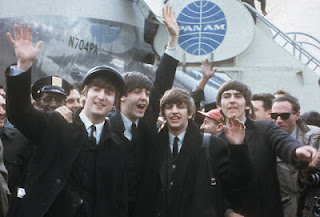 7) Garth and singer Trisha Yearwood have been happily married for 15 years now. Trisha says that as much as she loves her husband, his whistling drives her crazy. Come clean: what's your most annoying habit? I'm such a slob I annoy myself at times.

8) In 1990, when this song was a hit, Soviet President Gorbachev traveled first to Ottawa to meet Prime Minister Mulroney and then to Washington DC to meet President Bush. Do you have any travel plans? We want to hear about them, even if you aren't meeting any politicians or heads of state. I have reservations to spend Christmas in Key West. Of course, I did last year, too, and didn't make it. So fingers crossed!

9) Random question: Your dear friend spends weeks planning a party. After just 30 minutes, you find yourself having a terrible time. Would you leave at the earliest (polite) opportunity? Or would you stay till the bitter end out of loyalty? I would lie. I would look my dear friend in the eye,  feign tummy trouble, go home and watch a Law & Order rerun.

Today's happiness -- Dinner with friends! I never go anywhere anymore. So the simple act of going around the corner to my favorite bar to meet my old friend Mindy and her husband was an event.

We blabbed for -- literally -- three hours! I didn't want it to end, and suspect we'd still be sitting there if Mindy hadn't practically fallen asleep in her Caesar salad.