I want to end 2017 by being able to point to concrete achievements. To do that, I must focus.

I spent Saturday being present and really thinking about every cent I spent. I took a Lyft to the vet for Reynaldo's prescription kibble, but instead of a car or the bus, I walked home. En route, I stopped at the Mom-and-Pop grocery store, because I like to support small, independent businesses. But I also got a bargain -- a $1.99 box of Creamette mostacciolli on sale for just 79¢ (perfect for my bag of food pantry donations).

A few blocks later was our village's thrift store. It's a two-story house with basement, which means three stories of bargains. I'd just said Friday that after three months, I was sick of my sweaters already and wanted something new. Well, hell, I thought, why not take a look? After all, this thrift store splits all the proceeds among 5 local charities (2 daycare centers, an infant health clinic, the food pantry and the animal shelter).

I got two sweaters -- a soft purple/gray pullover from Old Navy, and a dark gray off-the-shoulder jersey knit. FOR $5!

I was going to stop at a coffee shop for lunch, but I really wasn't hungry. Why spend money on food when my heart's not in it? So I went home and took a nap.

Then my friend from Key West called me. We had a drink together over the phone (OK, mine was Dr. Pepper, but he doesn't know that). We blabbed for two hours and really reconnected ... and it didn't cost me a cent.

I feel loved. I feel smart. I feel focused.


1) In this song, Justin sings that he doesn't like to admit he's wrong. When did you most recently cop to a mistake? I don't know if this counts because I didn't say I wrong, but during a meeting on Thursday I kept admitting how confused I was.

2) He also complains that his girl doesn't like his friends. Who is someone that you've met recently and liked? Lauren. She's new to Chicago and new to our agency and every now and again I get a kick out of hearing her observations. For example, she's obsessed with public transportation. She's from a small town out East where everyone drove, and this business of taking buses and trains just delights her.

3) Justin first performed this song live on The Ellen Degeneres Show. Who is your favorite talk-show host? 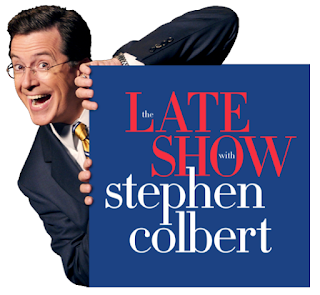 4) Young Mr. Bieber recently had his credit card rejected ... at a Subway Sandwich Shop. Think about your last trip to a fast food restaurant. Did you pay with cash or plastic or your phone? Cash.

Even though we're featuring a lack-of-love song, this is the last Saturday  9 before Valentine's Day and so this morning we shall focus on the upcoming holiday.

5) In Victorian England, it was considered bad luck to sign a Valentine. Have you ever received an anonymous card from a secret admirer? Years and years ago, I got a Valentine from Paul McCartney. It said, "I was wrong. I'll leave her. I love you." It was actually stamped and postmarked London, England. I never knew for sure how I got it. I suspect the instigator is a friend whose sister traveled a lot on business. Or maybe Sir Paul finally came to his senses.

6) Retailers report that approximately 3% of pet owners buy Valentines for their furry friends. Have you ever purchased a gift for a pet on a special occasion? Yes. I buy Christmas gifts for my niece's and nephew's pets (that's three cats and a turtle).
7) It was once believed that if a maiden ate a heavy meal before bed on February 13, her dreams that night would reveal the identity of the man she would eventually marry. Do you find that eating too close to bedtime disrupts your sleep? Yes. But this doesn't stop me.

8) The postmaster in Verona, Italy, reports that Shakespeare's Juliet Capulet still receives love letters. Without looking it up, can you give us a quote from Romeo and Juliet? "A rose by any other name would smell as sweet."

9) Necco's Sweethearts -- those little candy hearts that say things like "Be Mine" -- are Valentine Day's top-selling confection. Sam never could stand eating these candies. Do you like them? Ew. Ick. I hate them.
Posted by The Gal Herself at 2/11/2017 12:13:00 AM 6 comments: