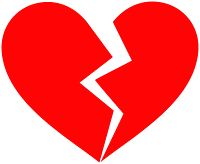 My nephew is in so much pain these days that on Monday night he contemplated suicide. Again. I don't know the details, but I am relieved to report that as his thoughts dove into darker and ever darker water, he went to his parents' room, tearfully woke them up, and asked for help.

My sister thinks the problem is the Prozac he began taking after the holidays. Perhaps. I have an embedded distrust of psychiatrists. Those meds are powerful and often psychiatrists are too too quick to prescribe them. Not all depression is biological, a lot of it is situational and requires long, hard work with a psychologist. I was bothered that my nephew's doctor was so quick to prescribe something as potent as Prozac to a teenager he barely knew, but my nephew is my sister's child -- not mine -- and I've learned that often a barren spinster's perspective is not welcome.

At any rate, my sister shared that she's also taking him to a psychologist, twice a week, that he really likes. This is positive. The doctor is getting to know my nephew and believes that the kid is too sensitive, expects too much of himself, and puts himself last. I agree with that assessment. I know he hates it that he's not on the honor roll anymore. This feels earth shattering to him, in part because he's worried about money and how he will pay for college.

I don't know much more because I didn't ask. I don't want him to feel piteously exposed. (He's 15 after all, an age where embarrassment really can feel fatal.) I just told my sister to tell him that I love him, that I'm no stranger to depression/meds/therapy, and that there isn't anything I wouldn't do for him. She said she would.

If I don't hear from him in a couple weeks, I'll call him and invite him to lunch.

He is a sweet boy, tender to the max. He's smart, but he's not the brainiac his sister is. Nor does he have her inherent toughness. He's nicer though. Watching them grow up, it's occurred to me that their lives would be easier if they could swap -- giving him the more conventional, tough traits and her the softer, kinder ones.

At any rate, I hope he's OK. He deserves to be. He is a lovely person.

And 2016 continues to be a terrible year.