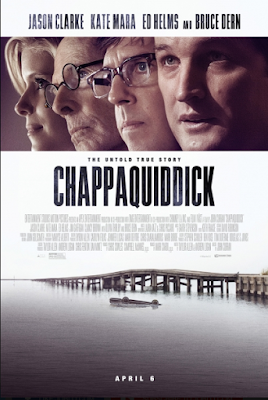 1) It's estimated that there are more than 200 separate streets called "Broadway" in the United States. Does your town have a Broadway? Yes, Chicago has its own Broadway. The cool(er) kids live there.

2) Think of the last time you celebrated well into the night. What street were you on? South State Street. I was still home by midnight.


3) The Bee Gees blame it all on those songs that go straight to the heart. What love song always makes you go, "aw ...?" This song completely breaks my heart because I lived it. And it makes me wonder, why hasn't Vanessa Williams had more hits?

4) Even though their sound depended on tight harmonies, all three Bee Gees were heavy smokers, which is not good for the throat. What habit do you have that wish you could break? My laziness.

5) In addition to the three Gibbs who sang this song, there was a fourth brother, Andy, who also had hit records. But did you know the Gibbs' had a sister, Lesley? Your turn: share some trivia that's rattling around in your head. All bugs are insects, but not all insects are bugs.

6) "Nights on Broadway" was recorded in Miami. When you think of Florida, what comes to mind? Family. My dear friends, Reg and Henry, are in Key West. My aunt is in Port Charlotte. My cousin is in Tampa.

7) In 1975, when this song was popular, Sony introduced the Betamax and JVC gave us the VCR. Sam admits she was glad to see VCRs go because she never could program hers. What about you? Do you adapt easily to new technology? Well enough to get by in this millennium. I'm good on my smartphone and decent with social media (though I still don't know how to use The Cloud). I adore my DVR. I'm not comfortable with Alexa or Siri, though.

8) The Bee Gees' greatest success came two years later, in 1977, with the soundtrack to Saturday Night Fever. Have you ever seen the John Travolta movie? Yes. My favorite line: "He hits my hair."


9) Random question -- Your mail carrier is very attractive, and flirts with you each day when dropping off the mail. Would you a) ignore it or b) let the carrier know, firmly but politely, that you're not interested or c) complain to your local post office or d) subscribe to more magazines and order more stuff to guarantee that the mail carrier comes every day? Now we're talking about someone I'm attracted to, right? Well then a combination of A and D. I'd enjoy it, but I'd be too shy and embarrassed to let on.

What tattoos you have, and their special meaning.
Well, this is an easy one. I don't have any tattoos.

If you're interested in seeing the April Challenge prompts and joining in, click here.
Posted by The Gal Herself at 4/07/2018 05:37:00 AM No comments: