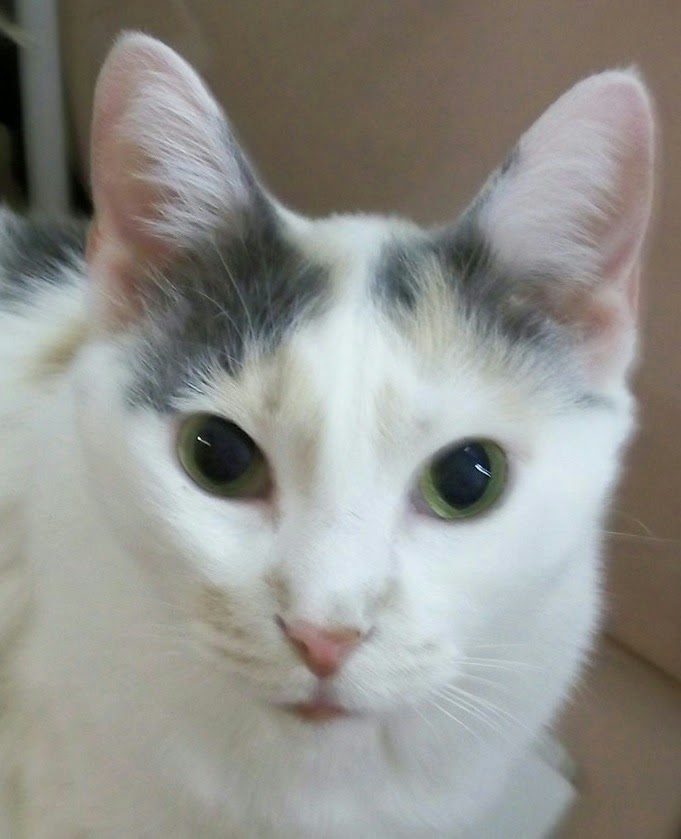 Charlotte was moody and elite and had such balls when dealing with her male feline roommates. I really admired her chutzpah.

Connie has fit into the household very well. She's a far livelier playmate for Reynaldo than Charlotte ever was, and he's better behaved and less manic now that he has a running buddy.

Interestingly, I think Joey misses Charlotte, too. She hated him, of course, dismissing him as big and sloppy and a blight on her personal landscape. But Joey likes routine. Being hit upside the head by Charlotte every morning was something he could rely on. With her disappearance and Connie's arrival, he's been grooming himself very aggressively. I think it's nerves and confusion

I wish we could talk, Joey and I. I'd tell him that I miss her sitting on the toilet seat, observing my makeup ritual as if to guarantee that I didn't embarrass the household when I went out. I miss reaching behind me on the sofa, knowing she's sitting behind my head. And he could tell me how he misses her stealing his food.

Politics and sex and religion

I live in one of the most progressive villages in a very blue state. That's why I was surprised by what I overheard at lunch yesterday.

I took Wednesday off because, well, I could. I treated myself to an uberfilling lunch and a cocktail at Flattop Grill. The tables are very close together, and I couldn't help but listen to the conversation at the next table. I wasn't intentionally eavesdropping -- my current read is a thriller and I'm rather into it -- but the gentleman was almost literally speaking into my ear.

At first I was amused. A man of about 35, he was lecturing his much-younger male friend (20?) about "the ladies." After two marriages, he's decided not try matrimony again, instead settling into "serial monogamy." Then he started in on gay marriage.

He called it, "a perversion." It's taught by his church and The Bible that it's "a perversion." He asked his younger friend how it's different than necrophilia. I was going to chime in that the difference is consent, but the younger man did well on his own. The younger man said civil rights are everyone's struggle. He wasn't articulate, but he was passionate.

I wanted to quote the book of Matthew to the "ladies man" -- "Whoever divorces his wife and marries another commits adultery" -- and according to my understanding of that verse, he's living against God's rule. I wanted to tell him that some of hold the separation between church and state very dear. But the younger man was doing fine all by himself. And besides, he's entitled to his toxic, ugly opinion. I was just shocked to hear it espoused so openly in my liberal little hamlet.

On a separate, but related, note: Our Meet Up moderator, Will, is a gay Republican. I didn't think such creatures exist, but they do. He even "liked" Laura Ingraham on Facebook! Go figure.