1) When she's feeling low, Taylor Swift compares herself to an old cardigan, forgotten under the bed. Do you store anything under your bed? Or do you try to keep that area clear (except for dust bunnies)? Yes. There's stuff under there. I've volunteered on quite a few political campaigns and there are buttons and posters, etc. down there.

2) The lyrics begin with a reference to a new phone. Do you foresee yourself getting a new phone before 2021 ends? Or are you happy with the one you've got? My current phone is fine. I may get a new one, but only if the price is very right.

3) She sings that her lover haunts all of her "what if's." Have you recently wondered, "what if?" What were you musing about? I was looking back over how I used/endured/wasted all the time I've had at home during covid. Am I the only one who didn't redecorate her home or learn to bake sourdough bread?

4) Taylor Swift admits that she rewinds after concerts by watching Friends reruns. What do you do to relax? Watch baseball or cuddle a cat.


5) Thinking of TV shows, Taylor appeared on a 2009 episode of CSI. That series was about crime-scene investigators who use forensics to solve murders. Do you enjoy crime shows? Yes. I can always get into Law & Order or NCIS.

6) Taylor grew up on an 11-acre tree farm where she learned to ride. Her mother was a horsewoman and hoped riding was a passion they could share. When she was 12, Taylor admitted to her mother that she really wasn't that into it and wished she could spend more time on her music. Her mother was supportive. Tell us about a tough conversation you've had that turned out well. Last month I had the "Naomi Osaka" conversation with my friend, Mindy. I told her I wasn't OK, that I'd been struggling with things emotionally, and I really needed her to be my friend. She stepped up 100%. I was relieved, since it's hard for me to be vulnerable. 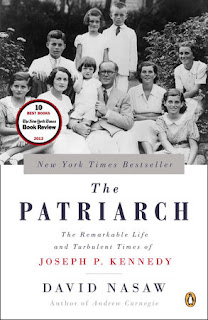 7) She enjoys good, old-fashioned mysteries, especially those by Agatha Christie. Are you currently reading a book? I'm reading a massive biography of Joseph P. Kennedy, head of the clan we all know. It's a roller coaster. Just when you're sure he's the crummiest guy ever, he does something so wise or so creative that you rethink him.

8) In 2020, the year this song was released, Jeopardy host Alex Trebek died. The search for a new host has caused interest and even controversy. Would you enjoy the job? No. I cannot bear the thought of seeing myself on TV. Remember Chandler's joke when he saw home movies of high school Monica? "The camera adds fifteen pounds," she said defensively. "How many cameras were on you?" he asked. 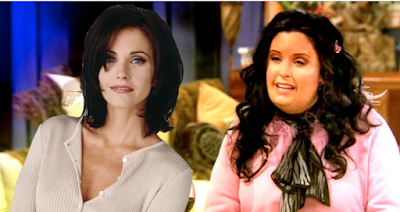 9) Random question: Of Superman's three superpowers -- tremendous strength, the ability to fly, and x-ray vision -- which would you choose? Strength. Imagine, never again having to wrestle with a jar.

"Take some space, Gal." So wrote my boss in yesterday afternoon's email. "The Cubs are playing tomorrow, right? Order some takeout and watch the game."

If we'd all been at the office, I would have taken time off to recover from losing Reynaldo because I cry unexpectedly. But with work-from-home, I'm able to write and sniffle. So I have been. But that night when I decided I couldn't let Rey live this way anymore, I knocked off some digital banners* and sent my ideas to my boss Wednesday morning. At 6:30 AM, as I was getting ready to take Reynaldo to the Emergency Vet and the end. In my email, I told my boss I'd check in with him again, via email, after I returned home, carrier empty.

He of course responded that I didn't have to, but I thought I did. He and his girlfriend just moved from an apartment to a house, he hadn't taken any time off, and was working amid boxes. I didn't want to be unfair to him.

Yesterday I sent him my revised manuscript and asked him for input. He responded that he would take care of it from here, and that I should "take some space." I know he kinda knew Reynaldo because my cat used to crash our Zoom meetings all the time. My coworker Jane refers to Rey as "the boss." But still, this was an extraordinarily kind thing for my boss to do.

I've been surrounded by kindness. Which is good, because I need it.

•  Wednesday morning, in the drizzle, as Reynaldo and I were waiting for the Lyft and his final car ride, a couple walked by, sharing an umbrella and looking like a greeting card. They stopped, the woman peered in and asked his name. "Reynaldo is a cutie," she said. He always liked new people, he knew his name, and even though he was very weak, he turned to lock bright eyes with her. I was grateful that they stopped and that she used his name, not "Kitty."

•  Shortly after he was gone, I was outside at the Emergency Vet, trying to get my phone to work so I could call a car and get the fuck home. Phones always crap out at the worst time, don't they? Anyway, as I was fighting with it, a woman came up beside me and said, "Hi. I'd kill for your hair. Where do you get it done?" Now it was still humid and drizzling, and she still liked my hair! As my phone was restarting, I told her how to find Tony. It was a nice respite from how awful I felt with that empty carrier beside me.

•  People slag Facebook all the time, but I have to tell you that reading the condolences truly made me feel better. Real-life friends, people I met at the TCM Film Festival but haven't seen since 2019, coworkers who drifted away, even both of my sisters chimed in. I loved seeing the parade of names and comments.

•  My oldest friend sent me flowers. She told me she admired my courage in doing right by my little man, and that now Reynaldo was atop The Rainbow Bridge, merrily knocking shit over as he waits for me. She is broke, she has health problems, and yet she did this!

• This blog. Lisa, Country Dew, Kwizgiver, Stacy, and Project 19 all chimed in and lifted my spirits. Thank you, ladies.

He weighed less than 5 lbs. at the end, but my buddy had a larger-than-life impact on me. And I am so grateful for the kindnesses I have received since we had to say goodbye.

*Someone actually writes those animated ads that appear off to the side of the web page you're looking at. Someone like me. And we're usually on a deadline because clients tend to only think of those ads at the last minute.