On Day Six, I got free books. The library book sale is a big event in my village. I've always supported the cause by shopping it. This year, I volunteered and helped sort the more than (gulp!) 100,000 books that were donated.

Friday night, it costs $5 to get in and the line stretches around the block. I skipped that. Saturday it's free to get in. And Sunday, it's always been closed to the public. From noon till three, anyone with a photo ID from a hospital, school, and senior or daycare center can carry out as many books as they want for free.

This year, the Friends of the Library introduced a new wrinkle. Sunday from 10 until noon, volunteers also shopped free! YEA! I brought a canvas tote and left with books to share with others. Three new, or like new, paperbacks that I'm going to send to the troops. I also grabbed a paperback mystery for my aunt. It's about a dog trainer-turned-sleuth. She likes dogs, she likes mysteries, she could use some cheering up, so why not? Even if she hates it, it was free.

How to Hepburn: Lessons Living from The Great Kate by Karen Karbo. A study of one of my all-time idols' fabulousness, and how to achieve it ourselves.

American Heiress by Jeffrey Toobin. I read Patty Hearst's own account of her ordeal, but I've always been curious about Toobin's take. And what they hell! It was free!

The Lonely Lady of San Clemente by Lester David. OK, I know this one will likely be crap because biographies by Lester David are usually pretty superficial. But I know very little about Pat Nixon, and this seems like a good way to start.

Five Days in November by Clint Hill and Lisa McCubbin. OK, I know this oversized coffee table book is going to be depressing. After all, it's the first-hand account of the JFK assassination by the agent who jumped onto the back of Kennedy's Lincoln, and into the public consciousness and history when he pushed Jackie back into the bloody backseat. But Mr. Hill is one of the last people who was there that day, saw it all, and can still tell his story. That makes it valuable.

Helter Skelter by Vincent Bugliosi. I can't believe I've never read this. While I doubt there's much about the crimes themselves I don't know, I bet I'll learn a lot about the trial. I admit it bugs me that Mr. Bugliosi died in 2015, but Manson goes on and on. To borrow from Little Joe Cartwright, I guess no grave will have him.

Mrs. Jeffries Learns the Trade by Emily Brightwell. Set in Victorian England, it's about a Scotland Yard inspector who solves crimes with the help of his maid, Mrs. Jeffires. It's been a while since I picked up a new mystery series.

Racing in the Rain: My Life as a Dog by Garth Stein. This is an adaptation of his famous book for younger readers. That's by design. I'm afraid if I read the "adult" version (which I already have), I may become too emotional. I'll test drive (no pun intended) this "family" verison.

A compilation on the films of Bette Davis, and a TCM study on how mothers are portrayed in the movies. Feud piqued my interest in Davis, and  TCM promoted the hell out of that coffee table book for Mother's Day a few years back.

And no library book sale is over until I make a note of the year's Ubiquitous Book. There's one every year -- the book my neighbors bought in big numbers and then decided, seemingly at all once, to discard. In years gone by, I noticed which one it was as I perused the long tables as I shopper. This year, I made note of it as I was sorting.

If you want to play along, just come back here (meaning to this blog, not this individual post) each day in August, looking for the Happy Cub. Every day I will try to have a post with the headline: August Happiness Challenge: Day [X]. Leave a comment and then post your own daily happiness, with August Happiness Challenge in the title to make it easy to find.
Posted by The Gal Herself at 8/06/2017 10:32:00 PM 1 comment:

I think I deserve Monday off

I had a really (and literally) crappy day today, healthwise. Tummy trouble hit me Saturday night at about midnight, kept waking me up every few hours and didn't make it's last appearance until 9:45 this morning. This left me weak, sluggish and thirsty all day.

If it wasn't for the current Big Project, I'd call in sick tomorrow, or say I'm working from home.

In the meantime, I hope todays bland diet of Rice Krispies, hard boiled eggs and crackers behaves as it should.


Do You Have Freckles? No.

Do You Sleep With Your Closet Doors Open Or Closed? Open. The big walk-in closet is where I've tucked the cats' lavatory.

Can You Whistle? Nope.

Did You Wake Up Cranky today? I don't remember.

What Is Your Eye Color? Green

Do You Sing In The Shower? Yes

What Did You Have For Lunch? Breakfast. I didn't get dressed and over to the coffee shop until 1:00. There I had bacon and eggs.

Do You Watch The Olympics? No.

Do You Prefer To Swim In A Pool Or The Ocean? Pool.

Bottled Water Or Tap Water? Tap. Lake Michigan water is really pretty good, and I hate the idea of all those plastic bottles being tossed away.

Do You work Better With Or Without Music? Depends on the ambient noise level. If there's a lot of chatter going on around me, I want my headphones.
Can You Curl Your Tongue? Yes

Is There Anything Pink Within 10 Feet Of You? Yes.

Have You Ever Caught A Butterfly? No.

Are You Easily Influenced By Other People? Depends on the situation.

Do You Have Strange Dreams? No

Do You Like Going On Airplanes? No. It terrifies me.

Name One Movie That Made You Cry. 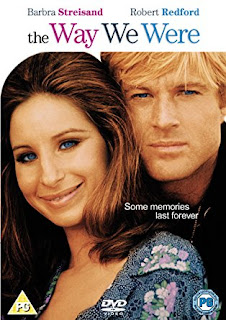 If I Handed You A Concert Ticket Right Now, Who Would You Want The Performer To Be?

Are You A Picky Eater? Not really

Are You A Heavy Sleeper? Not really

Do You Fear Thunder / Lightning? Not really

Would You Rather Carve Pumpkins Or Wrap Presents? 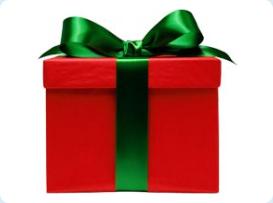 What’s The Next Movie You Want To See In Theaters? Dunkirk

Been On The Computer For 5 Hours Straight? Not today

What Are Three Things You Did Today? Since "today" is only a few minutes old, I'll answer for "yesterday" -- read, watch baseball, sorted some paperwork

What Do You Wear To Bed? Oversized t-shirt

Do You Wear Jeans Or Sweats More?  Jeans

Name Something That Relaxes You. Cuddling a cat