Saturday 9: Walk This Way
(recommended by In the Company of Me)

1) This song is about a young man who takes advantage of his "big chance at a high school dance." Share a memory from your high school years.  When I was a junior, our basketball team made it to the Sweet Sixteen.


2) Lead singer Steven Tyler is the son of a working mother (mom Susan was a secretary). Did your mother work outside the home? My mom didn't work until long after I moved out.

3) Onstage, Tyler takes colorful scarves from around his neck and drapes them over the microphone. Do you accessorize your outfits with scarves and belts? Or do you prefer to keep things simple?  I can never figure out how to tie scarves. I wear belts to keep my pants up. So I guess I'm a Keep It Simple Gal.

4) Tyler confessed to having a massive crush on Jennifer Lopez, his fellow judge on American Idol. Do you think a coworker has ever had a crush on you?  Yes.

5) Aerosmith lead guitarist Joe Perry says seeing The Beatles on The Ed Sullivan Show in 1964 inspired him to go into music. How did you end up in your chosen profession? The company where I worked as a secretary -- a very high profile corporation -- was being investigated for their hiring practices. As a preemptive strike, they offered a copywriter test to all "timecard employees." I took it, passed and found myself in a career.

6) Perry's hobby, breeding horses, is very lucrative. What are your hobbies? Reading. Watching movies. Nothing that can be monetized, unfortunately.

7) Aerosmith performed before their biggest-ever TV audience when they played the Super Bowl halftime show in 2001. Are you a football fan? If so, do you prefer college football or the NFL? What teams do you root for? Not a football fan.

8) Now that we're into summer, the days are longer. When is the last time you watched the sun set?  Seen it? Yesterday. But actually, consciously watched it? That was forever ago. I really should pay attention and appreciate more.

A Tale of Two Connie's 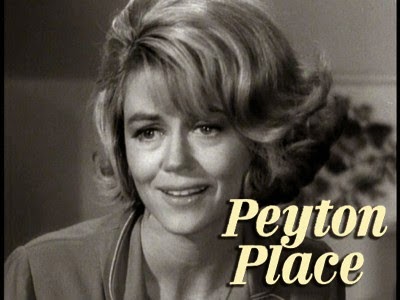 When TV audiences first met Constance MacKenzie back in 1964, we knew her as the beloved owner of the only bookstore in Peyton Place. Connie to her friends -- of which she had many -- Mrs. MacKenzie was a pillar of the community. It wasn't until the season was underway that we learned about her past: weekends in Boston with an older, married man and an unplanned pregnancy. At first, when the townspeople learned of her youthful indiscretion, there was a scandal. But her inherent goodness and dignity ultimately carried the day and she retained the good will of the Peyton Place-onians. 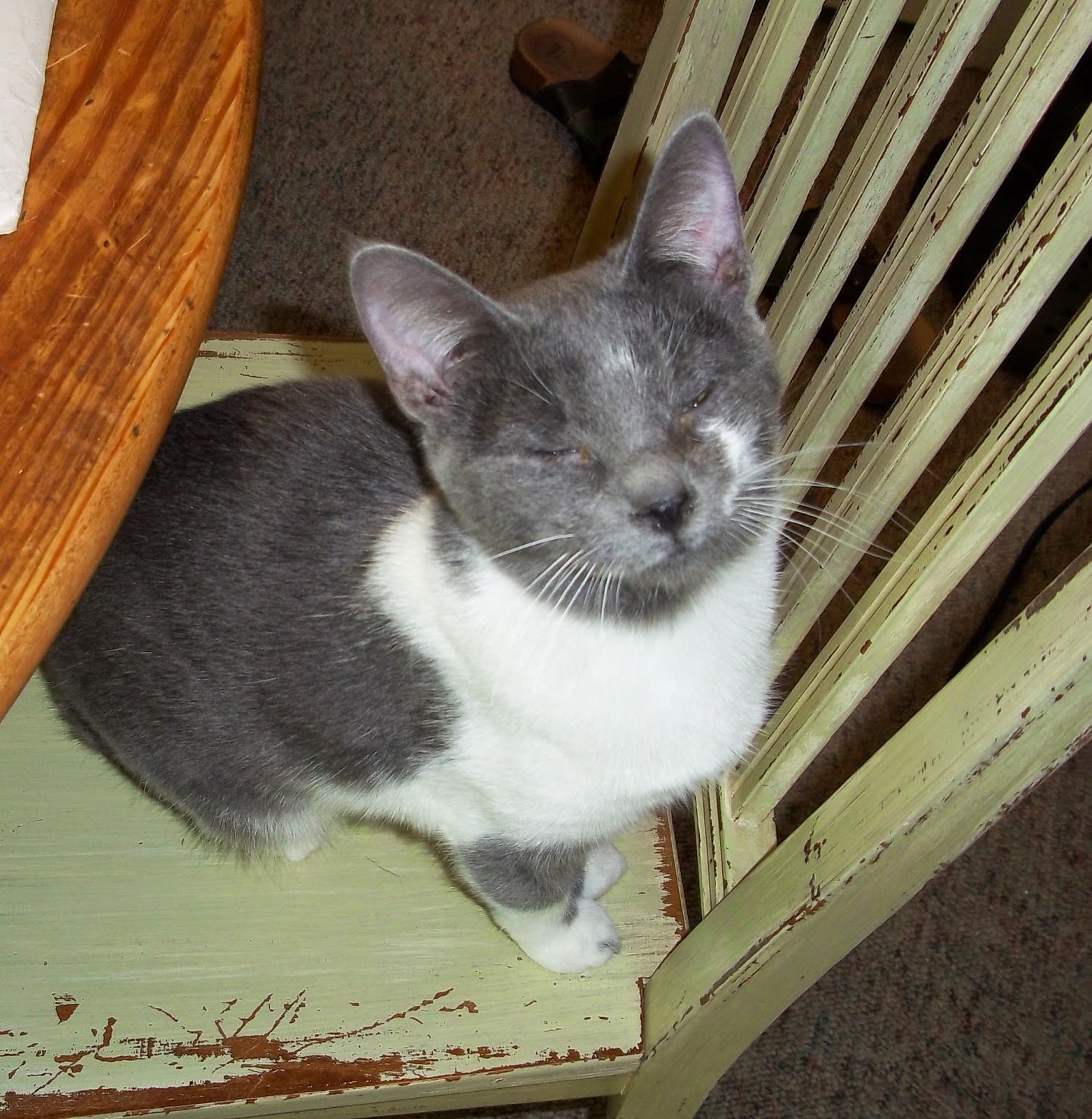 This is why I have named my cat Constance MacKenzie. She was rescued from a crowded Indiana apartment (like Peyton Place's Connie, she has crossed state lines), where she and many, many other cats were kept by a hoarder. Barely a year old, she was already pregnant. She was also emaciated and battling an upper respiratory infection. She miscarried that litter and has been languishing in a cage since February.

But now Connie lives here. We're putting her painful past behind her and from now on, she'll be known as the respectable feline who lives in a booklined apartment. (Her eyes are still bothering her and she's squinting at the flash.)

So far Reynaldo views her with rapt attention and apprehension. He's been so preoccupied by her he hasn't knocked anything over or torn anything up. Joey, literally, could not care less. When she first arrived, he glanced in her general direction and then took a nap.