How can it take two weeks? 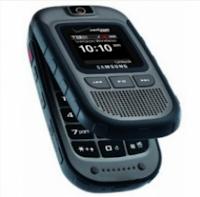 Nothing is harder than waiting for a phone call. Especially a phone call about biopsy results. And yet that's just what my oldest friend has to do.

Yesterday she had a biopsy, a response to something "suspicious" lesion found as she was treated for a tenacious UTI. I got a text from her today, saying that the procedure went well, but that her doctor rather dismissively said, "See me in two weeks."

This is not acceptable to me. The lesion was discovered back in September, but because she's on public aid, it's literally taken two months for her to get the approvals required for the biopsy. Compare this to how I was treated when my doctor suspected a DVT. In the space of one afternoon, I went from my GP's office to the hospital for tests and then home, and my tests cost me as much OOP as my LYFT rides. Of course, I have CIGNA, while my oldest friend is on Medicaid.

This is how we value human life here in the old US of A. All those people who protest choice and pontificate about the sanctity of life, where are they in situations like my friend's? Why is it a fetus in the first three months of life deserves greater protection than a friend and mother entering her 63rd year?