Working through my anger

Reg took Henry to two doctor's appointments this week. First time my friend -- who suffered a severe TBI in 2018 -- has seen a neurologist since 2019. Then Henry was checked by his GP, a nice man Henry trusts but is woefully unequipped to treat a case as complicated as my friend's.

The neurologist asked Henry 20 questions. Things like, what day is it, where do you work, etc. Henry got them all wrong. She found this very disturbing and wonders if Henry hasn't sustained further injury. She prescribed an MRI. Reg found this "disappointing." Apparently he wanted the neurologist to tell, by simply looking at Henry, what is wrong and how to fix it. A magic pill would be nice. She's not acting until she sees the MRI results.

The GP says Henry is not getting enough quality sleep and it makes it even harder for his damaged brain to function. Reg found this "disappointing," as well. Perhaps if Henry was under the care of a specialist trained in mental health  -- like the psychologist this very GP recommended back in 2019 -- instead of giving immunizations and prescribing allergy meds, Reg would get a more satisfactory response.

You're probably wondering what the MRI revealed. I'm wondering that, too. No word. My best guess is that it hasn't been scheduled yet. Henry remains at home, befuddled, drinking white wine and watching reality TV. 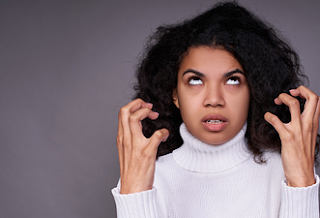 I'm furious. We didn't need to be here. This wasn't inevitable.

Ever since Henry lost his job in April 2021, I have seen this coming. My friend needs structure. He needs to feel valued. He has been unraveling.

At Christmastime, the last time I spent considerable time with Henry, he was angry and difficult, but he wasn't the wine-soaked zombie he has become. I truly believe that, with care, this could have been mitigated.

Over the holidays I recommended that Reg involve Henry's minister, who could give him things to do within the congregation. The church has a meals-on-wheels program. Henry could help pack the meals or, if they are going to Spanish speaking homes, travel along for delivery because Spanish is his native tongue. Reg never bothered. He doesn't have time. He has a problem with organized religion. Yeah, whatever. If Reg had enlisted the help of the minister and congregation five months ago, maybe Henry would have more stimulation and his mind would not have devolved like this. At the very least, there would already be someone nearby who understands Henry and can help.

Their friend Patrick and I double-teamed Reg to make sure they got Obamacare beginning January 1. It's the second week in May! Why did Reg wait until now to get Henry help? And why isn't Henry in therapy, as recommended by the GP?

When Reg talks about this situation, it's always in terms of how hard it is for him. He'll have to take a day off work to take Henry to the MRI. It's so stressful to have a husband who is totally dependent.

Well, fuckety fuck fuck. Imagine how different life would be today if Henry was in the weekly care of psychologist, a PhD who understands brain injuries and would know the danger signs to look for. If he had a full neurological workup in 2021* -- a year ago! -- his medication likely would have been calibrated to reflect his evolving condition. If Henry spent Saturdays volunteering with his congregation, he'd be having conversations and contributing surrounded by people who understand his special situation.

The decision not to do any of these things was Reg's. And Reg's alone.

I believe with all my heart that when Henry has the MRI, the neurologist will accurately prescribe medication that will make a difference. Psychotropic medications are powerful and can have a real and lasting effect. I am confident I will get my dear friend back. And so I am trying to work through my rage.

Being mad at Reg doesn't help. Reg is Henry's husband. Reg and I should be aligned. We should be focused on Henry, and my temper is a distraction that won't help anything.

But oh, I am so angry right now. So very, very angry.

*I cut Reg slack for 2020. With South Florida hospitals overflowing with covid patients, it's completely understandable why Henry didn't have elective tests.