If you could instill one piece of advice in a newborn baby’s mind, what advice would you give? Pick a baseball team and love it for life! 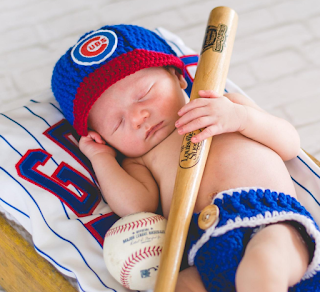 What is the most desirable trait another person can possess? Compassion

What are you most grateful for? My health. And I'm grateful that my problems are first-world problems.

Is stealing to feed a starving child wrong? I need more context.

What do you want most? Right now? I'd like it to stop raining! 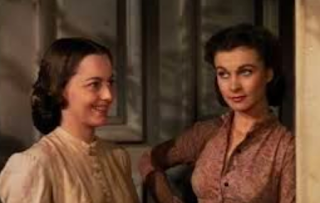 What has life taught you recently? That growing old is not for sissies. Many of my friends are having real health/life problems, things we thought would never happen to us.


What is the one thing you would most like to change about the world? More tolerance.

Where do you find inspiration? Judging by my Melanie/Scarlett answer, I'd say the movies.


If we learn from our mistakes, why are we always so afraid to make a mistake? Because they can be painful and embarrassing.

What impact do you want to leave on the world? I want to have helped others.


What is the most defining moment of your life thus far? Good goobies! We are deep and thought provoking today, aren't we!

In the haste of your daily life, what are you not seeing? The beauty in the moment. My mom was so good at that. I wish, in that way, I was more like her.

What lifts your spirits when life gets you down? I'm always happier after a shower.

Have you ever regretted something you did not say or do? I've wondered "what if" quite often.

Has your greatest fear ever come true? No. Because I haven't died in a plane crash.

Why do we think of others the most when they’re gone? I don't know that's true.

What is your most beloved childhood memory? The year I found Blaze under the Christmas tree.

I found myself in a ghost town

My nephew goes to Western Illinois University, and I went down to visit him for his (gulp!) 20th birthday. I stayed at the university union hotel, right on campus.

This is what greeted me at 10:30 AM on a Saturday morning. 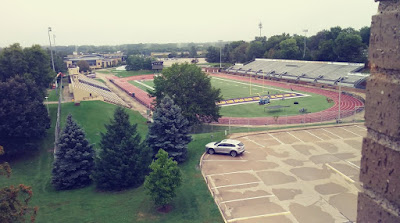 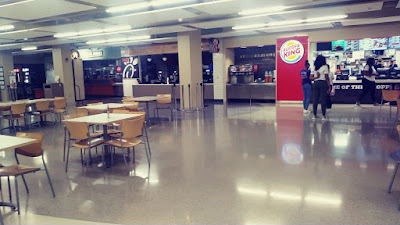 Apparently he's not alone in his love of sleeping in!

The hotel itself was no frills. It was also $20 cheaper than even the Super 8. So I'll excuse having to carry my bag up three flights of steep cement stairs, and the smell when I turned on the heat. The bed was comfortable, the bathroom was clean, and I knew I was home when I turned on the TV and the first words I heard -- literally -- were "WELCOME TO THE PARTY,  PAL!"

My nephew and I had a good visit. We talked baseball -- LOTS of baseball. And politics -- he's working on Elizabeth Warren's campaign. And religion -- he's questioning his belief system, which is not unusual for a college sophomore; I suspect he'll come back.

He enjoyed his gifts. I have him a TYT cap, a book, and a giftcard to Burger King. We also had a hearty lunch of pizza, lots of pizza, at a buffet in his adopted hometown of Macomb.

And he does enjoy Macomb. In fact, he seems generally happy. He loves three of his classes this semester (creative writing, philosophy* and biology). He loves his time in Iowa, working for the Warren campaign, and can't wait to resume his poli/sci studies next semester.

I just wish he was making more friends. I never went away to school myself, so I harbor this perhaps unrealistic fantasy that everyone who does makes a Big Chill group of lifelong friends.

*It's the philosophy class that has inspired him to articulate his doubts about conventional religion.
Posted by The Gal Herself at 9/29/2019 01:12:00 PM 1 comment: