Saturday 9: Nobody Told Me


1. When you grew up were you ever told how to deal with problems? I was raised by good, 1950s-vintage WASPs. There is no problem so big or so complicated that cannot be ignored or denied.

2. What was your first apartment like? It was tiny, in a big, beautiful old apartment building run by a not-so-beautiful old janitor who could argue about anything. For example, my apartment had 3 rooms: kitchen, living room and ... what to call that third room? When I called him to report the roof was leaking in "the bedroom," he snapped, "You don't have a bedroom. That's the dining room." To which I responded, "It's the room with my bed in it." At first, because I was so young, his attitude upset me. After a while, I began getting perverse pleasure out of bugging him.
3. What was the first car you owned? A big, green Impala that I never could parallel park.

4. Tell us about a crush or relationship that you had at high school. Mr. Cary. He was quite exotic (meaning not a WASP), with a full head of curly black hair. When he'd scratch his head, his arm would disappear to the elbow. He taught English and I'm fortunate that he was the one who introduced me to Shakespeare. He was colorful and imaginative and I spent a year enthralled by him (and then-Cub Joe Pepitone). Thanks to this question I googled him and discovered he went on to successfully teach theater at a major university out east. I'm not surprised. Though it took me a moment to recognize the man in photograph (for, like Joe Pepitone, he has lost his hair).
5. Have you ever had an “enemy” in your life? Professionally, many. Currently it's the co-worker I call The Chocolate-Covered Spider. She's just always right and I'm just always wrong. I wish I didn't let her get under my skin so. 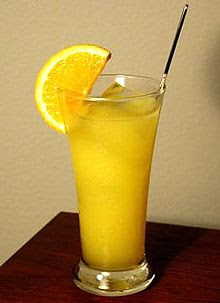 6. What were you doing the first night that you got drunk? Here's an unsavory little saga: It was the summer I was 15. I'd been sitting a lot for Margot, the baby of a neighborhood couple, Joe and Mary. They were both 22. I thought they were the coolest people on the planet. She painted in the garage, rendering the acrylic versions of the portraits that came with The Beatles' White Album. He read Ralph Bakshi comic books. They threw a big bash for Margot's first birthday and invited me. Joe introduced me to Harvey Wallbangers. After a couple hours of summer heat and vodka, I was very tipsy. OK, I was plastered. Joe walked me home and, apparently, tried to kiss me goodnight in a way that was neither neighborly nor paternal. I have no first-hand knowledge of this, as I was very drunk, but my mother had been waiting up for me. And saw. And called me in, rather emphatically, through the screened window. Once I got into the house, and the air conditioning, I got nauseous. I remember her standing over me and yelling and scolding as I emptied the contents of my stomach into the porcelain. Needless to say, my mom saw to it I never sat for Joe and Mary again. However I wonder what would have happened if she hadn't dragged me into the house. I suspect that I would have puked all over his shoes, which might have dampened his ardor even more than my mother's voice through the screen had.

7. Ten years ago, what was you job and did you like it? I had a similar role at a different agency. I made more money but worked much harder, had more stress, and while I got off on the adrenaline rush I was en route to burn out and exhaustion. To borrow from John Lennon, I had to get off the merry-go-round, "I had to let it go."

8. What movie had the biggest impact on you as a child and why? Mary Poppins, because it was the first movie I ever saw in the theater. I remember everything about it … once the coming attractions ended, the heavy red curtains closed, then reopened, and there they were, the rooftops of London! Magic! I have loved going to the movies ever since.