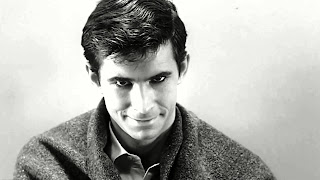 This is Norman Bates of Psycho. Played impeccably by Anthony Perkins in the Hitchcock near-masterpiece.

He racks up quite a body count: His mother, his stepfather, Marion Crane, Detective Arborgast ... and who knows who else is in that swamp. He kills with poison and knives so that his victims suffer. His crimes are about punishment as much as revenge. All this makes him scary and reprehensible.

Except I've always kinda felt sorry for him. Clearly this villain was created, not born. His mother, the one he should have been able to trust, abused him horribly. She undermined his self esteem to the point that he literally disappeared.

It's that overlay of compassion he engenders that allowed him to move into my imagination and stay there.