Saturday 9: All the Way

Unfamiliar with this week's tune? Hear it here. (You'll thank me. It's beautiful.)

1) In this song, Frank sings, "who knows where the road will lead us?" Which leads Sam to ask, does your vehicle have GPS? No vehicle. But, since I have no sense of direction whatsoever, I'd like to have one implanted in my wrist.

2) Sinatra introduced "All the Way" in the movie, The Joker Is Wild. During that film he also sang "Chicago (That Toddlin' Town)." A few years later, in the movie Robin and The Seven Hoods, he declared Chicago as his "kind of town." Besides Chicago, can you think of another city Frank immortalized in song? That would be the city doesn't sleep, New York, New York.

3) When Frank was 19, he saw a pretty girl sitting on her front porch, giving herself a manicure. He went and got his ukelele and serenaded her. That girl became his first wife, Nancy. Tell us how one of your romances began. This coworker and I were working late and I thought we were alone at the office. Because he was behind his desk, he couldn't see me from the waist down so I got comfortable. I twisted around and threw my skirted leg over the arm of the chair. Not ladylike, to be sure, but since he couldn't see me I figured, "no harm, no foul." Well, we weren't alone, and Dan most unexpectedly walked by. I'll never forget the look that most fleetingly passed his face when he saw me like that. Our eyes met and we both said, "Sorry," at the same moment as I composed myself. Heretofore he'd been a very cold fish (my nickname for him was "cyborg"). Seeing me like that warmed him up! He turned out to be a very lovely man -- more than a little emotionally shut off, to be sure, but a good person. I enjoyed our subsequent romance very much.

4) Both Frank and Nancy grew up in New Jersey. When you think of NJ, what else comes to mind? That it's a death trap, a suicide rap ... at least that's what BROOOOOCE tells me. 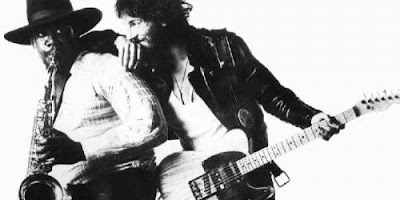 5) Sinatra made Las Vegas as famous for entertainment as for gambling. He was so identified with the Strip, that when he played Caesar's Palace the marquee simply said, "He's Here." Have you ever been to Vegas? Yes. Love it because it's such a silly escape from reality. Celebrating my birthday there again this year. This time we're staying at Excalibur.

6) Thin for most of his life, Frank was blessed with a metabolism that allowed him to whatever he wanted without gaining weight. He especially enjoyed clams posillipo. What's your favorite Italian dish? Manicotti. Especially at LaCantina. "Baked ricotta cheese filled crepes served with tomato or cream sauce." I always choose the tomato sauce. Unfortunately, unlike Frank, I do gain weight when I eat Italian food.

7) Perhaps because of his hardscrabble childhood, Sinatra was a soft touch for charities devoted to kids. One of his favorites was Variety, which sends disadvantaged children on day trips to museums, zoos and sporting events. Here's your chance to tell us about a cause that's near and dear to your heart. Toys for Tots. Every child deserves something from Santa. People forget that they collect all year around, and that early contributions help them plan. To learn more about their wonderful work, click here.

8) Sinatra was a neat freak who couldn't stand dust or clutter and showered at least twice a day. He got this from his mother Dolly, who was compulsive about housecleaning and hygiene. Can you think of a time when you caught yourself doing something and thought, "I'm just like Mom/Dad!" My home is maintained for the convenience and comfort of my cats. I got that from my mom. She taught us that our pets should be loved and respected as members of the family.

9) In 1998, Sinatra was buried with the things he always had in tow: a bottle of Jack Daniels, a pack of Camels, a Zippo lighter and 10 dimes. Why the dimes? According to his daughter, "He never wanted to be caught not able to make a call." Of course, 17 years later cell phones have replaced pay phones. Anyway, tell us what you always carry. I never leave the house without my watch and rings. Oddly, I remove them -- looping the rings on the watch band -- as soon as I get home. But I've always got them on when I go out the door, so I'd want them with me through eternity.

A matinee, a cocktail and an apology

Last Sunday our movie group had our summer outing. We saw Double Indemnity on the big, big screen at the multiplex. Because they had a bar, I took a Cosmo into the theater. Fred MacMurray's character, Walter Kneff, would have wanted me to.

Afterward I was going to head to the office to finish up a little in-office brochure. Between jury duty and Long Tall Sally's blabbing, I was behind on The Big Project. But Joanna, my best movie group bud, convinced me to stop for just one drink so we classic movie lovers could discuss Double Indemnity.

I didn't have a second drink. I still had to go back to work. But Joanna did (or maybe it was her first). At any rate, I've never been around her when liquor was involved. Good God, but it loosened her tongue! I couldn't finish a sentence without her interrupting ... or disagreeing ... or just hijacking the conversation.

I found myself snapping at her. I was brusque and sarcastic. When I got to the Sunday-silent office, I felt terrible. She's a warm and smart woman and didn't deserve that. Especially not when you consider that the topics we'd been discussing were Marilyn Monroe's oeuvre and whether there were five Marx Bros. or six.

So I shot her an email, apologizing and trying to explain how raw I felt after such a rough week. She was very gracious, telling me to forget about it because she intended to.

I'm grateful she was so understanding.

I took the high road 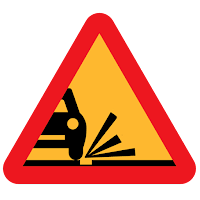 I don't drive, so I don't think about potholes very much. I know that, every spring, they are a major issue throughout Chicagoland. But they really aren't anything I consider.

Which, according to the City of Chicago, made me an acceptable juror. The lucky individuals who weren't impaneled were the ones who said they hated potholes and had elaborate, gruesome stories about the damage done to their cars.

The case I got was a woman who sued the city because she fell in a pothole and messed up her knee. She requested $17,000 for medical bills, pain and suffering and loss of ordinary use. We awarded her just over $9,000. As a jury, we felt that her accident was more than half the City's fault, since the law states that maintaining the roads is their responsibility. On the other hand, $17,000 was steep and "loss of ordinary use" felt to me as though she was gilding the lily. She didn't lose her leg, after all.

I feel good about the verdict, the award, and our ability to reach consensus. But I hated jury duty.

Too many people (12 jurors, 2 alternates and, at times, a sheriff's deputy) in one small room while we waited for court to begin and while we deliberated. And some people are such assholes.

The judge told us not to consider the woman's health insurance. It was in writing, too, in the jury instructions. Insurance is a private contract and has no bearing on whether or not the City was responsible for the woman's injuries.

So what's the first question that comes up? "I wonder how much her insurance paid ..." The man who asked made it clear he thought she was "double dipping."

"We're not supposed to consider that," I said.

"I think it's important and so I'm putting it out there."

"And I'm batting it back because the judge said we're not supposed to consider it."

Good, Gal. You just caused tension in this tiny room. I didn't want to, but I couldn't help it.

He also wanted us to do this "in a hurry" so we could "get out of there." After all, we jurors had trains to catch and this wasn't "that big a deal, anyway."

I countered that I was going to take my time. I pointed out that it was a big deal -- this case had taken two years to come to trial -- to the plaintiff. And I reminded him I'd taken an oath. One of the other female jurors actually said, "amen," and that's when I saw I was speaking for the women in the room. Here I was afraid I'd made the high road so high that I would get a nosebleed, and it turned out I was doing something important.

But it took me days to shake how angry I was at that man, my fellow juror. At least I know I'll never have to see him again. (Though actually, I might. He happens to work at the hospital just up the street, the one where I go to get my annual mammogram.)