60 Things You Can't Possibly Know About Me

1. What is in the back seat of your car right now? Nothing. No car.

2. When was the last time you threw up? Mid-December. It was a Monday morning. I was in Beverly Hills, the first to puke in my oldest friend's new apartment. I had a migraine.

4. Name 3 people who made you smile today? The little kid in the orange jacket and hood, Ken the Maintenance Man, Carlos

5. What were you doing at 8 am this morning? Saying a little prayer for LaLiz

6. What were you doing 30 minutes ago? Riding home on the el, seated uncomfortably in front of a homeless man who made walrus noises with his mouth for no apparent reason

8. Have you ever been to a strip club? Yes

9. What is the last thing you said aloud? "That's it for the Gourmet Grill" (I was feeding the cats)

10. What is the best ice cream flavor? Mint chocolate chip

11. What was the last thing you had to drink? Water 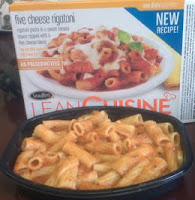 12. What are you wearing right now? My nightshirt

13. What was the last thing you ate? Lean Cuisine Rigatoni

14. Have you bought any new clothing items this week? no

15. When was the last time you ran? Friday, February 11. I almost missed the train.

16. What's the last sporting event you watched? Last weekend the Bulls and someone

17. If you could go anywhere in the world, where would you go? Boston or Atlanta

19. Ever go camping? yes, and I don't ever need to go again (Kwiz' answer, and it applies)

20. Have you ever lost anything down a toilet? Yes. I swallowed a gold crown. It cost me hundreds of dollars to replace, but there are some things that I simply won't do for money.

22. What is your guilty pleasure? The after-midnight sitcom reruns on the Hallmark Channel

23. Do you use smiley faces on the computer a lot? No

24. Do you drink your soda from a straw? Only when I get fountain drinks

26. Are you someone's best friend? yes

27. What are you doing tomorrow? I have a lot of meetings and a shrink appointment

28. Where is your mom right now? At her house

30. What color is your watch? Today's watch is silver with a deep blue face

32. Ever ridden on a roller coaster? yes

34. Do you go in at a fast food place or just hit the drive through? Go in

35. Do you have any friends on facebook that you actually hate? No

37. Last person you talked to on the phone? Kathleen

38. Have you met anyone famous? Yes. I met Bruce Springsteen in 1981. And in 1982 I hung around by the stage door after a matinee and saw Elizabeth Taylor leave the (then) Shubert Theater, where she and Burton were appearing in Private Lives. She was wearing a big caftan and carrying a parrot in a cage. She certainly was a colorful character!

42. Where are you right now? My spot on the sofa

43. Biggest annoyance in your life right now? That I have to go to all those meetings tomorrow

44. Last song listened to? I fantasize that I can play the piano when I listen to this

45. Last movie you saw? Blue Valentine
46. Are you allergic to anything? Bee sting and morphine (my but that sounds like quite a combo, doesn't it?)

47. Favorite pair of shoes you wear all the time? Roxy flats

48. Are you jealous of anyone? Yes

50. Is anyone jealous of you? I suspect so

52. Do any of your friends have children? Yes

53. Do you eat healthy? I'm making a renewed effort in this area

54. What do you usually do during the day? Sit at the computer

57. How many kids do you want when you're older? When I'm older? Please! The Baby Ship has sailed.

58. How old will you be turning on your next birthday? 54

59. Have you ever been to Six Flags? Yes

60. How did you get one of your scars? Like most boomers, I got a vaccination 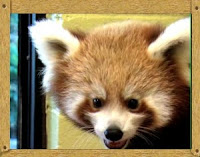 I want the cubs at Firefox Live to stop growing up! They are far more sedentary, far less playful these days, and soon they will be moved outdoors with the adults. I have enjoyed these two darlings so much. I hate that their youth is ending so quickly.
Posted by The Gal Herself at 3/23/2011 04:16:00 PM 1 comment:

Elizabeth Taylor died this morning. Her life was certainly well, even extravagantly, lived. Yet I feel kinda bad. Partly because it's the end of an era. And partly because I truly did enjoy her work. Here's a post I did, years ago. Consider this my tribute.