1) Like the dream girl described in this song, Sam is wearing jeans as she composes this Saturday 9. Is there a lot of denim in your wardrobe? It's my go-to. Every day.


2) Jimmy Clanton likens this girl to the Venus de Milo, the ancient Greek sculpture made of marble and now on display at the Louvre. Is there any marble in your home? Not even aggies or cat's eyes.

3) He refers to his girl as "Mona Lisa with a pony tail." The Mona Lisa is also at the Louvre. What's the last museum you visited? I began Christmas Day with a visit to the Key West Butterfly and Nature Conservatory. Does that count? 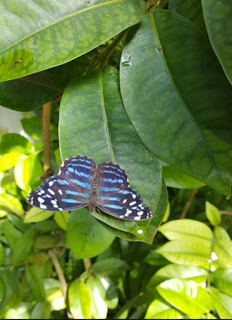 4) This girl is so awesome, she's the 8th Wonder of the World! Without looking it up, could you name the other 7? Nope

5) Jimmy Clanton spent his entire professional life behind a microphone. After he quit selling records, he began spinning them as a DJ. Do you consider the sound of your voice one of your better qualities? No. I hate my voice.

6) At age 80, Mr. Clanton still performs. He averaged an appearance/month in 2018. Some of his fans were surprised that he has let his pompadour go completely white. Do you color your hair? No. (My stylist colors it for me.)

7) In 1962, when this song was popular, Americans were reading about 5-year-old First Daughter, Caroline Kennedy, and her pony, Macaroni. Tell us about a pet you had when you were very young. Tommy. He was a wonderful cat. Mostly white, with one black ear and a black tail. We were great pals. We went everywhere together.

When I was about 5 myself (like Caroline), Tommy got sick right before Christmas. The vet called, and told my mom he had chronic kidney disease, would never be well, and she should consider putting him down.

My mom was a very mild-mannered woman, but I still remember her yelling into the phone. "Give me some pills or something. Tommy is coming home for Christmas!" She just couldn't bear to ruin my Christmas by telling me Tommy was gone forever.

Well, Mom and Tommy and I showed him! Tommy lived another 14 years.

8) Decades later, Caroline Kennedy was the first woman to serve as US Ambassador to Japan. Have you ever been to Asia? Nope

9) Random question: When talking among themselves, who do you think is more open and honest about sex -- men or women? Women.

Tonight I gabbed on the phone with my oldest friend, and we laughed ... and laughed. About silly things. It felt good.

I've been feeling isolated lately. By worry and hurt. John ... Henry and Reg ... Book Mama ... things are hitting me harder and staying with me longer these days. I can't shake the blues.

Instead of marinating in my unhappiness, I reached out. I'm so glad I did. Getting her advice about Henry and Reg made me feel better, and the laughter lifted the veil a bit.