A Gal and Her Twizzlers

Part of going to the movies is getting movie food. To qualify, it has to be overpriced, have no nutritional value whatsoever, and be something I would only consume while in a movie theater.

Over time it's been Snocaps, then Goobers, then popcorn, and now Twizzlers. I can't tell you what's behind the change. Sometimes I surprise myself when I get to the counter and ask for [Insert Movie Food Here].

So for now, Twizzlers is my movie food of choice, and I consumed it while watching two very different movies. 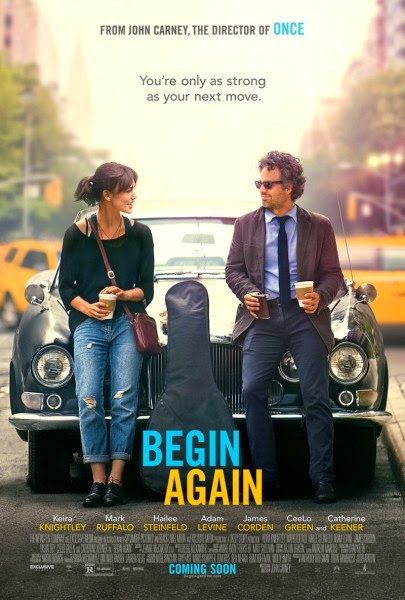 First I saw Begin Again. Mark Ruffalo, an actor I almost always like, plays a very gifted but very troubled husband/father/music producer. After a day that finds him at his lowest in all three areas, he literally stumbles into a New York club and hears a very reluctant Keira Knightly onstage. Her character plays a songwriter who has just had her heart broken and is getting ready to give up on both love and New York and is ready to return home to England. He believes she's an original, a talent who can resuscitate his career, and he convinces her to put her travel plans on hold for a short while. They record an album together, and each soul heals in the process.

It's a sweet little movie. Very unconventional. Ruffalo's domestic situation is messier than is usually portrayed on screen, and the resolution surprised me. Keira sings, while Adam Levin and CeeLo Green act, but none of it feels like stunt casting. If you're curious, here's Keira singing my favorite song from the soundtrack, "Like a Fool." Her voice is rather thin, but her performance is unforced and sincere. (And I love the lyrics.) 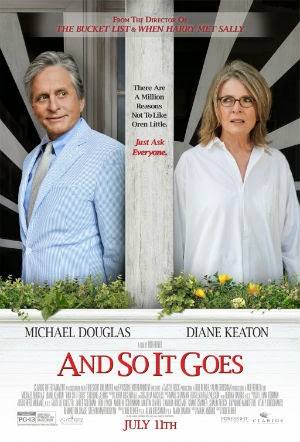 Then I went to see a special, free preview of And So It Goes. This movie is as predictable and star driven as Begin Again is intimate and unique. Diane Keaton plays ... well ... Diane Keaton. A sweet, neurotic, perpetually flustered sweetheart of a woman who is widowed after decades of wonderful marriage. Michael Douglas plays … well … Michael Douglas. He's grumpy and selfish and money driven. If you can't predict every plot twist in And So It Goes before it happens, you've never seen a romantic comedy or read any chick-lit.

Still, there were things I liked about it. Both Keaton and Douglas are frankly their age. Not every actor of their generation is willing to let the wrinkles show. Both Keaton and Douglas are pros; you sit in your theater seat knowing you're in the hands of two accomplished film stars who are much better than their material. And Keaton sings. She's a better singer than Keira Knightly. Here's a clip of her as a crooning Annie Hall.