Unfamiliar with this week's tune? Hear it here.
1) In this song, Gloria Estefan encourages us to stand up and make it happen. What's something you want to accomplish this fine Saturday? I want to haul my ass over to the UPS Store. I have to print out my Amtrak ticket and hotel reservation for my upcoming trip to see my nephew on campus (for the last time before he graduates). I know I don't need the printouts, but I don't want to be that woman scrolling forever through her phone for the PDFs. (Don't you hate her?)
2) She sings that we've all been through some nasty weather. How has winter 2021/22 treated you thus far (weather wise)? Winter seems to have been hanging on stubbornly. But I bet I feel this way around this time every year. By March, I'm just bored with cold weather.
3) Best known as a recording artist, Gloria is also a best-selling author of children's books. When you were a kid, were you a big reader? Oh yes. Always. I remember that, the first time we went on a family vacation to Springfield to see the Lincoln sites, my parents told my sister and I we could get any souvenir we wanted. I chose this book. It was my favorite among my books for a long time. I'm happy to see it's still in print and available for sale at The Abraham Lincoln Presidential Library. I like to think of a new generation of little gals reading it on the car ride home from Springfield. 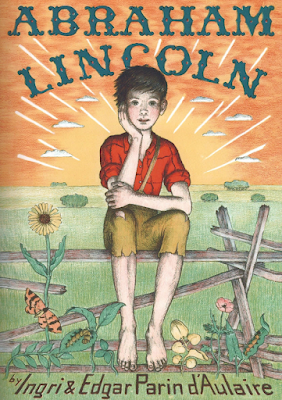 4) In addition to music and writing, she's a linguist. As a college student, she supported herself as an English/French/Spanish translator at Miami International Airport. When were you most recently at an airport? Were you traveling yourself, or picking someone up/dropping them off? I was returning home from Key West after Christmas.

5) Gloria made her acting debut in 1999's Music of the Heart, a Meryl Streep movie about music teachers in Harlem. Did you have music classes in school? Have you ever taken private lessons? Yes, I had music classes in public school. But they made me sad because I'm tragically unmusical. I wish I could sing, but I'm tone deaf.

6) Today Gloria is one of the celebrity residents of Star Island, a man-made island in Biscayne Bay. Star Island is connected to the mainland by MacArthur Causeway, named for General Douglas MacArthur. Tell us about a street in your neighborhood, and who it's named for. Cermak Road is a busy street named for Anton Cermak, the Mayor of Chicago was killed during an assassination attempt against FDR. (Everything damn thing here seems to go back to gun violence.)

7) 1989, the year "Get on Your Feet" was popular, was the year of the first HDTV broadcast. By 1998, high-def shows and TVs were dominant. How many TVs are in your home? Do you watch shows on your computer or phone? I have two TVs, one in the living room and one in my bedroom. I prefer to watch videos, shows and movies on my TV, not on my computer or phone.

8) Also in 1989, The Simpsons premiered. It's now the longest-running prime-time TV show ever. Are you a fan? I like it when I stumble upon it, but I don't seek it out.