And so I stayed home

I'm in a mood where I hate everyone. I have shit on my mind. I don't feel like being pleasant.

I bought new athletic shoes at DSW. I took myself out to lunch, where I treated myself to a drink. I took a nap. I vacuumed. I watched the Cubs beat the shit out of the Brewers (YEA!). I spent much of the day in my underwear.

I have little on tap for tomorrow. I think I just needed this weekend to recharge. 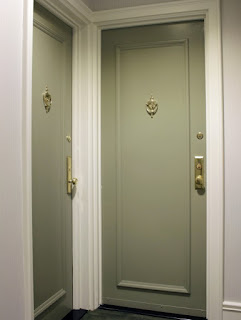 Ernie was my next door neighbor. He just moved in last July. He was newly divorced and newly retired and looking to "start fresh." He was friendly, jolly and optimistic. A big man with a full mop of snowy white hair.

I hadn't seen him lately. Come to think of it, I don't think I've spoken to him this year.

I talked to one of his daughters today. Ernie was diagnosed with cancer in January and it ravaged him quickly.

She says that, on the one hand, she's glad that didn't suffer long. On the other hand, he had "so many plans" he never got to realize. I explained to her that I'd lost both my parents, so I had a little window into what she was feeling. I gave her a hug.

Now I'm reflecting on my neighbor. He worked a lifetime, retired, began a new chapter in his life and died before he could enjoy it.

That sucks, Ernie. I wish you'd had the gift of more time.

1) This song is about a woman who doesn't get to see her lover often enough because he's on the night shift. Have you ever worked nights? Nope. I've worked overnight on occasion -- I can remember more than a couple 12-15 hour days -- but I've never been on the night shift.

2) She promises that if he takes the day off, she'll make it feel like a vacation. Have you traveled anywhere fun so far this year? Do you have any leisure trips planned for 2017? I'm going to visit my niece on the other side of Lake Michigan in July. Then in November, I'm spending my birthday in Las Vegas. And Christmas will be in Key West with those dear friends.

3) The ladies of Fifth Harmony are enthusiastic supporters of the Girl Scouts, rewarding troops who excel in fundraising activities with free concerts. The Scouts' best-known fundraiser is their cookie sale. What's your favorite cookie (Girl Scout or otherwise)? My favorite GS cookie is the Do-Si-Do, aka peanut butter sandwich.

4) Fifth Harmony also participated in Goodwill's Fall Haul campaign. They encouraged high school students donate as many items as possible to Goodwill, and the winning school got a free concert. When did you last take gently-used items to a resale organization? A few weeks ago I donated to Goodwill through Carson's (it might be Bergner's or Bon-Ton or Younker's in your neck of the woods).

5) Do you ever shop second-hand or thrift stores? I do now. I initially began patrolling them because I wanted to be sure I assigned the right value to my donations. (Who wants to piss off the IRS?) But it seems whenever I go in there I find something that's so cute and so cheap I leave with it.

6) Fifth Harmony member Normani Kordei competes on Dancing with the Stars this season. Would you do better on DWTS or The Voice? In other words, are you a better singer or dancer? I'm abysmal at both.
7) In February 2016, when this song was first released, The Denver Broncos won the Super Bowl and Spotlight won the Best Picture Oscar. Can you recall who won the 2017 Super Bowl and Best Picture Oscar, just two months ago? Boston won the Super Bowl. And, since I was riveted by Envelopegate, I'll never forget the producer of LaLa Land saying, "There's a mistake. Moonlight -- you guys won."

9) Random Question: What's the subject line of the newest message in your email spam folder? My, there's quite a bit of porny looking stuff in there! But the question is the newest message, so I'll share that, even though it's not dirty at all: C0STC0_1OO: MEMBER SERVICES. I'm not a Costco member, and even if I was, they wouldn't fool me with 0 (zero) for O charade.

I can't shake this feeling of dread. Like a storm is headed toward me and I can't get out of the way.

Part of it is my neighbors. I'm now on the condo board. It's only fair, I suppose. I've lived here forever and I don't intend to move, so I should do my part and help run this building we share.

But now I'm privy to information I'm not sure I want to know. For example, owners collectively owe $80,000! You could BUY a one 1BR apartment in this building for that!

Some of it is the special assessment for bed bugs. Not everyone was able to pay. One of my neighbors was stubbornly unwilling -- she feels that since she didn't have the bugs in her unit, she shouldn't be assessed the cost of exterminating them. Looks like we're going to have to involve the lawyer. Which means spending up to $700 to collect $850. Sigh.

But much of it is The Saddest Boy Ever. While he didn't bring the bugs into the building, he became and remains the epicenter of infestation. And that's because he's filthy. Literally. His once pale carpet has been darkened by bug feces. The exterminators say that the only way to ensure that his unit is bug free is to remove the baseboards and strategically drill holes in the floor to spray. He won't participate. He says he will, he acknowledges that he has to, and then is just never home when the exterminators come.

Every time the exterminators come, we have to pay them something for their time. This can't go on.

I found out that many of his personal belongings -- and his late mother's -- are gone. They had to be discarded because of infestation. With no sofa and no mattress/box spring, he's now sleeping on an air mattress given to him by a member of the condo board. And has been Christmastime.

We're going to have to take legal action. He's putting the building at risk -- not only our health but our liability. The woman across the hall has a little boy and she is demanding to know whether the building (meaning his unit) is bug free. She has that right -- morally and legally.

This can't go on. Ultimately, he's going to be evicted. Because he's battling demons. My conscience is clear -- I know how much work has already gone into helping him (even the air mattress he sleeps on was a gift from a board member). But I hate where this is headed. And I'm haunted by what will happen to him. He's not equipped for this world.

Part of it is work. Too much tension. Too much drama. I wish I was in better shape financially. Then I'd wish to be the next to go. But I do need the money. I desperately need that paycheck every two weeks so I can better prepare for retirement. Right now, I only have 3 years worth of expenses put away. I'd like to say that, with Social Security, I can stretch it to four but I'm not confident. After all, Medicare doesn't cover dental, and our teeth don't get stronger with time.

So I worry. And worry.