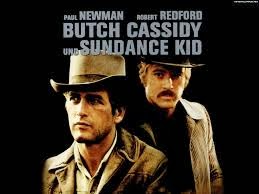 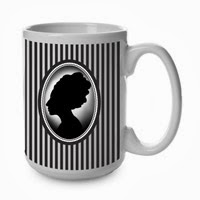 A woman was ripped off on my train this evening. Two young men entered the car together but then sat apart, one on either side of this middle aged lady.* I didn't see what happened, but apparently one knocked her phone out of her hand and the other grabbed it and then, when the doors opened at the next stop, they leaped out. The woman screamed, "NO! NO!" and followed them onto the platform, but they were gone. She started to cry and two other people joined her on the platform as she waited for the authorities to file a report.

It was only 5:30. The train is usually very safe at that time.

An el car is a small, confined area, so this had an impact on each of us.

I'm upset, but I'm also strangely relieved that I seldom use my piece-of-shit phone while on the train and that my tunes are on an old-school iPod that no one else would want. 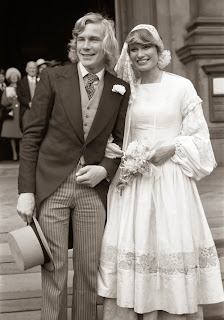 I'm pretending that I'm on a long flight* and I get to kill time with Suzy Hunt. She's an enigmatic, blonde Forrest Gump. She was there for so much, knows so much about so many cool people, and doesn't speak to anyone about any of it.

That marriage unraveled pretty fast so she did what folks like that did in the 1970s -- she went to Gstaad. There she just so happened run into another less than happily married celebrity, Richard Burton. He was instantly smitten with her and they began an affair, even though he was married to old Whatshername. 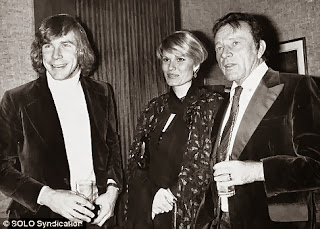 Burton decided that she was his future, his escape from his drunken, excessive life with Elizabeth and so Suzy Hunt became known as the woman who came between Liz and Dick. As the third Mrs. Burton, she is credited for helping him beat the bottle and enjoy acclaim in Equus on Broadway. During their time in New York, she and Burton frequently hung out with another high profile pair of newlyweds, Henry Kissinger and his bride, Nancy.

After six years together, the age gap between Suzy and Richard exerted itself and they, too, divorced. By now, she'd had quite enough of celebrity and, for all practical purposes, disappeared. Apparently she lived a socialite's life in Palm Springs for a while (or was it Palm Beach? I get those two confused). Currently she lives in Spain.

Though she is portrayed in the movie by Olivia Wilde, she's given no interviews to promote Rush. Nor has she joined the other Mrs. Hunt at any of the film festivals or premieres. She's never spoken publicly about her years with Burton, either, not even now that Liz is gone.

But if we were sitting together on a flight for three hours, maybe we could talk about Watergate, Taylor and Burton, James Hunt and Nikki Lauda, what it's like to have it all, what it's like to walk away ... Because as much as I admire the lady for not selling her story, I still want to hear it.

Who's your dream seatmate?