This week's song was chosen because this is the last Saturday 9 before Halloween. Are you unfamiliar with this week's tune? Hear it here. 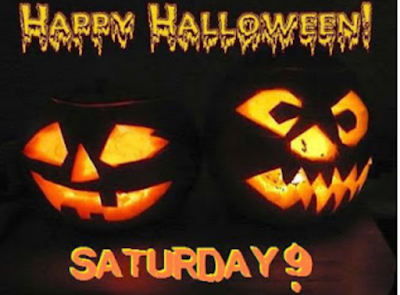 1) The Master of Suspense, Alfred Hitchcock, was born in England. Name another pop culture contribution England has made. 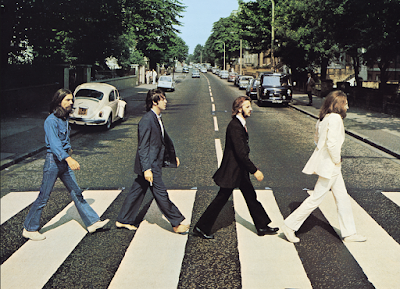 2) This week's song is recognized as the theme to Hitchcock's long-running TV show, but "Funeral March for a Marionnette" is a classic piece written for piano in the late 1870s by Charles Gounod. Do you often listen to classical music? No. I really don't care for it. At all.

3) Janet Leigh's shower scene in  Hitchcock's Psycho is considered one of the scariest sequences ever filmed. What's the most frightening movie you've ever seen? Yeah, I'll stick with Psycho. Because it's a horror movie, and since the subject matter is so lurid, people often disregard how nearly perfect it is. Shot for shot, it's a great piece of film making. I think the quality is why it's so enduringly scary.

4) Hitchcock admitted that he "never trusted birds," and he took that fear and turned it into the movie, The Birds. Is there a member of the animal kingdom that just gives you "the creeps?" Squirrels. I recently shared this story for Sunday Stealing, but here's the truncated version: When I was about 5, my dad told me this really vivid, scary story about how a little boy (just my age) was bit by the squirrel he was feeding (just like my dad had caught me doing). The squirrel was rabid and sunk his sharp teeth into the boy, and wouldn't let go. The police came and shot the squirrel, who wouldn't even open its jaws in death. The poor boy was raced to the hospital in an ambulance, with the bloody squirrel carcass hanging from his arm. Naturally none of that is true, but it's stayed with me ever since.

5) Halloween will soon be upon us. Will you carve a jack o'lantern this year?  Nope


6) What candy will trick or treaters get at your house? All they'll get is disappointment. I won't be home.


7)  When you went trick or treating, did you prefer fantasy costumes (like a storybook character) or scary ones (like a monster)? I don't remember many of my costumes, but since they were chosen by my mother, I know they had to be fantasy because she wasn't into monsters.


8)  Which candy was your favorite? Which one were you disappointed to find in your trick or treat bag? I love Mary Janes. I hate candy corn.

That's how much my monthly condo assessments will go up each month in 2019. I know, because I'm on the board and helped arrive at the amount.

This will pay for:

•  A new intercom system. Amazingly, those of us on the fourth floor (and many other residents) have been without any doorbell for more than two years now. I've gotten used to it, but we know that it's just a matter of time before someone checks and sees that we're not in compliance with village ordinances (I live in a village that tends to have an ordinance for everything).

•  New ceiling tiles in the parking area. The previous board used the wrong type of tiles.Specifically tiles designed for indoor use were installed. The tiles get wet with condensation from the heating and water pipes above, they get heavy, they fall down on the windshields of the cars parked below. We've been trying to repair this on a tile-by-tile basis, but it's actually more expensive to do it that way. We should just bite the bullet and replace 'em all.

•  Roof repair. Being on the top floor, this one is near and dear to my heart. And the top of my head!

None of these things are merely cosmetic. They're all necessary, and the first two are way overdue.

Ironically, we got an offer from a local real estate office. A developer wants to buy our building. All 24 of us would have to agree to it -- and it's hard to get all 24 of us to agree on anything -- but it would result in a windfall. Probably $50,000 more than any of us would get if we sold individually (way more for me, since I have crappy carpeting and my living room windows should be replaced).

I'm for it. At this stage, that infusion in cash would be so welcome.

But if the offer turns out to be legit, and if we all agree, the developer will tear this building down and replace it with a high rise. So the ceiling tiles, the roof and the doorbell won't matter.

It's never all bad

There's so much going on in my life right now, and much of it is sad. My oldest friend has myriad health problems and not a lot of resources. It seems that my little adopted family -- Napoleon the Cat and his people -- have disappeared without a trace. And two weeks ago tonight, my darling Henry suffered traumatic brain injury.

So I'm thinking about my bathroom remodel. My long-awaited, long-delayed new tub and tile are being installed starting Monday morning. The contractor has his parking pass and I've had a set of keys made. I have scheduled a water shut off for 9:00 AM on 10/29. It's happening! Fingers crossed. I'm trying not to fixate on what can go wrong -- oh! the horror stories I've heard -- and am anticipating my new, white bathroom.

And I'm closely monitoring the news about the upcoming TCM Classic Film Festival. I've got my room booked. I have enough miles to fly to LA for free. Now the first line up of the films has been released. Oh. My. God. Butch Cassidy and the Sundance Kid! Holiday! How I love those two films! And what movie would be better to watch with the TCM family than the first one TCM ever broadcast: Gone with the Wind. I can't wait to celebrate these movies with other members of classic film tribe. 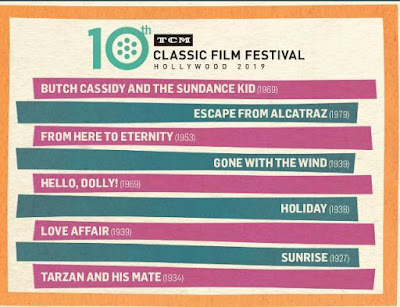