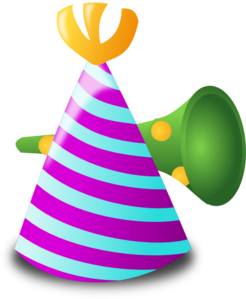 Posted 24 hours early because I'm on the road this weekend


1) This week's song is the tale of an accidental holiday encounter between former lovers. (Hear it here.) They sit in her car and spend hours catching up, then she gives him a chaste kiss and they never see one another again. Is there a past love who still has a special spot in your heart, despite the years or the miles since your relationship? Yes. 20 years ago I was in love with a very nice man -- it just didn't work out. I found out that over time, life has dealt him some tough blows. The woman who gave him a daughter refused to marry him, his father died, he married and the son he wanted so badly was born with autism, he and his wife divorced, his mother died ... I learned earlier this year that he has become very involved with his church and appears happy, which makes me happy. I loved him then, I love him still, and am glad he has found joy in his life.

2) This week's song includes a play on the traditional Scottish song, "Auld Lang Syne." Have you ever visited Scotland? No.

3) Mother Winters has long told Sam that if she has a glass of water for every glass of champagne she drinks on New Year's Eve, she'll feel better on New Year's Day. Do you have a favorite hangover prevention tip or cure? Don't drink.

4) Do you like champagne? In small doses. I'm more a mixed drink gal myself.

6) This year at midnight, Crazy Sam will kiss the nose of her puppy, Chico. Will you be kissing anyone when the clock strikes 12? I'll be among friends, so I'm sure someone will peck my cheek.

6) The Fifty Shades of Grey trilogy was the runaway publishing phenomenon of 2012. It was so successful that the publisher, Random House, was able to give its employees massive bonuses this year. Have you read it? Nope. 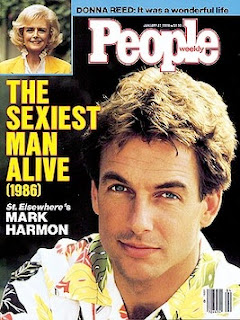 7) Year-end is a time for newspapers, magazines and websites to run lists. According to Askmen.com, Jennifer Lawrence of The Hunger Games is the at the of the year's "Most Desirable Woman" list. People magazine has declared Channing Tatum "The Sexiest Man Alive -- 2012." Do either of these two set your pulse racing? If not, who is your celebrity crush? I'm old. My TV Boyfriend is 1986's Sexiest Man Alive.

8) Pasadena, California, is known for hosting the traditional Rose Parade. It begins at 8:00 AM on January 1, so the people who watch it live must be there very early. Does the thought of getting up and dressed to sit in the California sun, bright and early on New Year's morning appeal, to you? No. I'm afraid I'm not a big fan of early mornings or parades.

9) Sometimes aches and pains that aren't serious can still really hurt. For example, Sam just dropped a can of tomato paste on her foot and the little red mark it left is making her crazy! Are you suffering through a bump or bruise or cut right now? I burned the roof of my mouth. It made me nuts for about a week!

Happy New Year, Everyone!
Special shout outs everyone in the blogosphere who left me messages and sent good thoughts my way
this holiday season.
Very much appreciated!