1) The lyrics tell us the singer is on his way to catch a train and he really wants to be on time. When is the last time you were late for something? Work on Friday. But then, I'm always late. I just can't manage to get out of the house on time in the morning, even though I have three (3!) alarm clocks.

2) He sings he's on his way to meet a woman known for her macaroons. What's your favorite cookie? Those clever elves have switched the fudge stripes to pumpkin for fall!

3) His girlfriend's face is so pretty she lights up the city night. How many lights are in the room you're in? How many are switched on? I'm under a ceiling fan. The blades are switched off, but the four bulbs are on.

4) This is the rare top 40 tune that prominently features a banjo. Sam has always been crazy about the sound of a banjo. What sound makes you smile? (It doesn't have to be a musical instrument. Think bacon sizzling, church bells, etc.) My cat Connie's purr. For a compact critter, she has an impressive (and delightful) motor. 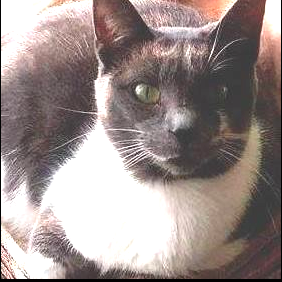 5) 47 years after their record was a hit, The Stampeders still tour every summer, playing festivals across the US and their native Canada. Do you enjoy live music under the stars? Or would you prefer to be seated in a theater? I'm a fat old lady with a bum knee. I'll take the theater seat, thank you!

6) In 1971, when this song was popular on the radio, detective shows were popular on TV. Mannix, Ironside and Cannon were all in the Top 20. Who is your favorite TV detective? Before he was SATC's Mr. Big, before he was The Good Wife's Peter Florrick, he was Law and Order's Mike Logan. 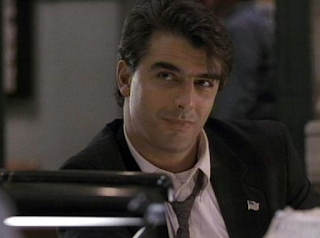 7) Also in 1971, the Post Office Department was disbanded as a Cabinet department and became The United States Postal Service. When did you last go to the post office? Were you mailing something? Buying stamps? Picking up a package? Renewing your passport? I sent an American Express giftcard to my friend Reg. Because I wanted a tracking number, I mailed it at the window.

8) Race car legend Jeff Gordon was born in 1971. Do you watch NASCAR? Nope

9) Random question -- Do you have a vaccination scar? If so, where is it? My upper left arm.

The paperback in my bag

I've been carrying The Language of Bees in my briefcase for three weeks now. I don't know anything about it, except it's a period mystery. It's not for me anyway. I picked it up for Napoleon's "dad," Caleb. He goes through books so fast, it's as though he eats them! For this homeless man and his wife, Randi, books are everything -- their only entertainment and respite from the difficult dreariness of life on the street.

But that paperback has been in my bag for three weeks now. I haven't seen Caleb, Randi or Napoleon in nearly a month.

Last time I talked to Caleb, I offered to bring him some clothes from my friend John. Caleb said that of course he wanted them, that if he couldn't wear them himself he knew plenty of others in the homeless community who would appreciate them. But it was Randi he really wished I could help. The anti-cancer meds made her leg swell, and it was hard for her to find clothes. I asked him to check with her, to make a note of the sizes she wants, and I'd see what I can do.

Then I took a few days off to visit my nephew at college. Since I've been back, this little family has

I haven't gone this long without seeing at least one of them since we met, back in May 2017. If it had been a week or two, I would just assume that Caleb was taking extra shifts at the warehouse where he drives a forklift. He's always willing for more hours, better shifts.

But as the weeks melt into a month, I'm afraid it's more dire.  I have nothing to go on but instinct, but I suspect Randi is in the hospital again. She may even have died. It's sad but true -- the survival rates for pancreatic cancer are not good.

I miss interacting with Caleb, Randi and Napoleon so much! They keep me grounded and remind me of what life is like for those outside of my immediate bubble. And I like Caleb, especially. He's curious. Plus, there's a healing power to cat fur.