1) This song was inspired by a note WHAM! partner Andrew Ridgeley left for his parents. He accidentally wrote "go" twice. What was the last handwritten note you left for someone? It was to a local charity and I mailed it along with my check. Last year I had a coupon book to remind me to contribute to them, and I asked them to please send me one for 2017. They are a small animal shelter and I know they appreciate all the help they can get, but I admit without the reminder I might forget. BTW, here's their link: Harmony House for Cats. (It's MLK Weekend, you know. That's a good reason to do some good and support a charity, isn't it?)


2) Born Georgios Panayiotou, George Michael was the son of the Greek restauranteur in East London. When you think of Greek cuisine, what comes to mind? Flaming cheese. OPA!

3) He was a terrible driver and admitted his license was suspended a number of times. Have you ever lost your license? Nope.

4) WHAM! partner Andrew Ridgeley, on the other hand, is a talented driver who got to live his fantasy by racing Formula Three in Monaco. There are companies that sell racetrack driving experiences that allow you to spin around the track at dizzying speeds. Is this something you like to try? Nope.

5) In 1990, Frank Sinatra famously gave George Michael advice. Ol' Blue Eyes told the younger man to enjoy his fame, to remember all those lean nights traveling from gig to gig by bus and, now that he's successful, "loosen up and swing, man." Who last gave you advice? Did you take it? One of my coworkers advised me to try not to take it all so seriously. I really like and respect our client and sometimes I feel unable to do my best work because of circumstances here at the agency. "Perspective," he advised. "Keep it in perspective." Wise words. I can make myself crazy with work stuff.

6) Mr.  Michael's neighbors have reported since his passing that he seemed to live rather quietly, and that they usually saw him when he was out walking his three dogs. Tell us about the last time you spoke to one of your neighbors. Friday morning I commiserated with one of my neighbors about the sad state of our condo building's common areas. Really, you should see our laundry room. :(

7) Fansites tell us that George Michael's favorite cereal was cornflakes. What breakfast cereals are currently in your kitchen? 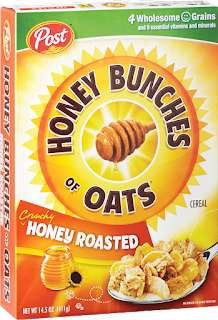 9) RANDOM QUESTION: What's your secret to a good night's sleep? I bought myself a new pillow back in August. I loooooove it. With the ubiquitous Bed, Bath and Beyond coupon, it was just $10.99, including tax. At that price I should remember to switch out pillows more often. What a cheap but satisfying little luxury!

OneWord: FOCUS on my self restraint


My goal in 2017 is to be able to point to concrete achievements, accomplished because I continued to FOCUS. Tonight I sharpened my focus on my budget and went straight home after work.

There's a nice little restaurant right off my el stop. They may call themselves a deli, but they have the best chicken. Specifically breaded chicken strips and a honey-friend chicken dinner to die for.  I wanted some. More than that, I felt I deserved it.

You see, the weather here has been gloomy and icky. I don't mind cold, but it's been worse than cold. It's been chilly and raining, raining, raining. On Tuesday night it rained so hard that my feet were soaked -- not from stepping into puddles but from the torrents making their way into my boots through the laces. I'd rather have subzero and snow than this.* Once you get chilled in the weather we've been having, you stay chilled.

I haven't gone out for lunch for the last two days because it's been too forbidding. I haven't liked what I've had to eat because I've been limited to the offerings of our cafeteria. So when I saw Erik's neon sign, I was sorely tempted.

But just then I had $18 in left in my budget for the week. More than enough for lunch tomorrow, but not enough for Thursday dinner AND Friday lunch. I could have charged it, or borrowed from my weekend spending money, or kept walking.

I reminded myself that I have food in my refrigerator and kept walking.

I can stay on budget. I just have to FOCUS.

*I shouldn't complain about rain like this, though, because I know how important it is to the environment, especially Lake Michigan.
Posted by The Gal Herself at 1/13/2017 03:00:00 AM 1 comment: