10 on Tuesday -- Devoted to Spenser 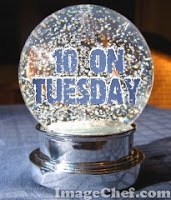 It's been more than a MONTH

And we're still down to one dryer for 24 apartments in the building laundry room. So unless something unforeseen happens, it's back to the washeteria again for me this week. I'm watching this over and over again, hopefully trying to get my mind right.