Maybe it's because I haven't been able to work out 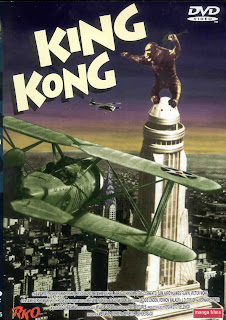 Maybe it's because I'm wearing these fucking support hose.

But I feel like King Kong, completely misunderstood, an exposed target on top of the Empire State Building, trying to bat away planes that just keep on coming. And we all know what happened to him, don't we?

Nothing that bad, nor that unusual, really, is happening. It's just that there seems to be so much of it. I try to keep my spirits up, but after I bat aside one plane another seems to automatically appear on the horizon, headed straight for me.

This business with my uncle continues to drag on without resolution. He is a ward of the state, a sick old man who has gone from having millions to being up to his ass in debt in less than 3 years. Because none of us claimed responsibility for him, the state doesn't owe any of us an explanation as to what's taking so long. Why is he still in his house? Who is paying his property taxes, utility bills, etc.? Where are they going to put him? He's reverted to practically a child, so asking him does no good. I try not to think about it, since there is nothing I can do, but it is hard.

My mom is vague. With Mother's Day almost upon us, this weighs on me, too. Back in February, I gave her $500 so she could take her ailing old calico, Lucy, to the vet. I told her that it was her Mother's Day present, since she's Lucy's mother as well as mine. Well, in early March, poor Lucy had to be put down. Very sad, but not my fault. Last weekend, when I asked my mom when I could spend time with her for Mother's Day, she told me that the restaurant we usually go to and celebrate with a champagne brunch has gone out of business. I told her that's OK, since she already got her gift from me, a fancy champagne brunch wasn't in order this year, anyway.

She said, "What?" I didn't want to make her sad the Lucy situation again, so I didn't go into much detail, but I said, "Lucy, Mom. Remember?" Her response was, "Huh?"

My older sister, who lives very well in Southern California, no longer gives my mother any gifts or cards at all anymore -- not for her birthday, Christmas, or Mother's Day. I pay for my mother's supplemental Medicare insurance, her snow removal service and let her put $25 on one of my credit cards every month, just as a matter of course because she's my mother. Plus the $500 for her cat, whom she loved very much. While I was worried about losing my job. And she forgot.

Now I found a set of repeat/three-peat commemorative Bulls drinking glasses for her in a thrift shop. I was excited about them because they're wacky and unconventional, like my mom, and because she had been rhapsodizing recently about missing MJ. But compared to the champagne brunch and expensive Mother's Day gifts I've given her in the past, I'm afraid she's going to be disappointed. I'm trying to adjust my attitude about Sunday, but it's hard.

Then there are issues here at work. I like our client, more than our client likes this agency these days, and I'm working hard to make sure we rehabilitate our image with them. Yesterday, during our team status meeting, I was surprised to find that some of my work was already off being printed on high-quality paper, folded and boarded for presentation because it hadn't been proofread yet. What if there were typos? My art director, who makes frequent appearances on this blog, just kinda shrugged. She forgot to have me proofread it and no one else at the table, not even my boss, seemed to think this was the big deal I did. OK, then. After being accused of being Chicken Little with my "sky is falling shit," I didn't insist on back-tracking and following procedure. After the meeting, I did walk up to my boss and remind him that nothing had been proofread. He was in a hurry to go to lunch or something and nothing else was said.

Until the end of the day. Seems my boss did backtrack on his own and find typos and told me that I really have to be more vigilant about process. To borrow from my mom, "What? Huh?" He told me I should insisted on seeing my work again and proofreading it. I told him it would be nice if be backed me up during the status meeting. I also don't understand why I am the sole proprietor of our process. The art director in question is nearly 50 years old and has been doing this more than a quarter of a century. Isn't she responsible for her work, too? I wanted to go home and drink. Since I'm unable to work out, I simply went home and ate a salad.