1) Elvis sings that he thinks about this girl all the time. What person or topic is on your mind this Saturday? My nephew. I'm having lunch with him one last time before he returns to college for the spring semester.

2) He wants to forget the day he met his girl, but simply can't. Think about someone very important in your life. Did you know right away that they were going to be influential? I'll go with Joanna. I wouldn't refer to her as influential, exactly, but she certainly always impressed me. I met her through my classic movie Meet Up. She's always impressed me with her style -- everything she does has a touch of glamour -- and I recall being very surprised and flattered when she wanted to get together away from the movies.

Since this week's song is about memories, let's check on how well you recall events in your own life.

3) What was the first concert you ever attended? Bobby Sherman at The Auditorium Theater in 1970. Me, my oldest friend, and 3000 other pre-pubescent girls. Sure, go ahead and mock. But you wish you could rock 70s fringe like Bobby.


4) Where did you get your first piercing? (Not only where on your body, but who did the deed and where did they do it?) One in each ear. It was done by "a professional" (at least I had to pay her for the service) at the jewelry store inside a local hotel.


5) What's the name of the bank where you had your first checking account? Harris Bank. They gave away plush Hubert the Harris Lions, which were crazy popular in Chicagoland. (They bent the rules a little and gave me one for $500 in my first-ever checking account.)


6) Tell us about your first bicycle. A pink Schwinn coaster bike. Pink and white streamers from the handles.

7) Who received the first text you ever sent? I'm sorry I don't remember.

8) What had you been drinking when you suffered your first hangover? Harvey Wallbangers.

9) Whose was the first wedding you ever attended? I've told this story before, so if you remember it, excuse the redundancy. When I was in Kindergarten, I was madly in love with our neighbor's adult son. Billy had shiny black hair and always, always wore black t-shirts. Sigh. He came home on weekends to do his laundry and wash his car in his parents' driveway. He let me suds up his hubcaps and told me that, since I was such a good helper, he would marry me some day. What a lying sack of shit Billy turned out to be! He had no intention of ever making this 5-year-old Gal his wife. What's worse, when he married someone else, my parents dragged me to the wedding. It was my older sister's first wedding, too, and she was transfixed by the beautiful bride. Not me. I was all about the faithless groom. To her dying day, it made my mom smile to remember how sullen I was about losing "my husband."

The Chicago Bears and an old photo

I really don't do football. I can't really enjoy a sport when I know that the young men are seriously risking their futures for my entertainment. As I go through TBI with my friend Henry, I feel this even more keenly. Baseball is a more graceful, fairer game and the injuries are seldom brutal.

Still, I am happy for the Chicago Bears and their fans. The 2017 team was 5-11. The 2018 Bears were 12-4 and finished first in their division. Last Sunday, they faced the defending Super Bowl Champions and were in it until the end, when the placekicker missed. 16-15 final score.

That was Sunday. In Monday's mail, I got a photo. My aunt sent me a picture I took on Christmas Eve in 1983. It was my family around my Uncle Ted's fireplace. It made me so happy to see him again. And my late grandmother. My mom was refusing to look at the camera, which amused me. She hated having her picture taken. While I don't remember that Christmas celebration, that 1983 was exactly how everyone looks in my mind's eye.

Even my dad. He had less than a decade left to live. He was only his 50s, but looked much older. High blood pressure, high cholesterol and too many cigarettes. He was an unhappy, unhealthy man and it shows in his every line.

He was a Cub fan, but I didn't like watching games with him. For me, a Cub game is 3 hours with my guys, with players I have genuine affection for. For my dad, that was ever enough. A win was probably too close, or marred by an error. And a loss! What else could you expect from The Lovable Losers? He was gone long before the magic 2016 World Series season. I'd like to think that he would have at least taken joy in that. I take comfort in thinking of him in Heaven, with my grandparents and my uncle, watching Rizz make that last out.

He loved the Bears, too, but they made him miserable. Because the pace of the game is faster and more aggressive, his response was louder and more passionate. I remember him bouncing around in his recliner, groaning and yelling and complaining. How can you enjoy a game with all that tension swirling around?

He would not have enjoyed the 2018-19 Bears season as a worst-to-first scenario. He would have concentrated on that last, missed kick.

I don't think it's an accident that I received that photo on the day after the Bears game. I am keeping it on my desk. Not only because I'm happy to see my uncle, my mom and my grandma. But because seeing my dad reinforces my OneWord for 2019. We can't let one final play diminish a winning season. We should be enjoy the first-place finish, not dwell on the missed kick. 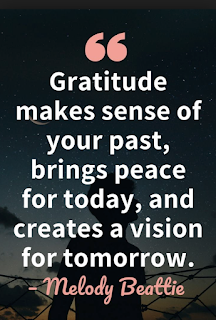