1) This song is a valentine to The Three Stooges. Are you a fan? Cannot stand them! Though I do have fond memories attached to this song. Juke boxes were still de riguer in 1983 and I heard it on many a happy night at the bars.

2) It was released to coincide with the Three Stooges getting a star on The Hollywood Walk of Fame. That's the Hollywood in California. There are 23 other Hollywoods in the United States and two in Ireland. Have you ever visited any of these 26 Hollywoods? If so, which one? THE Hollywood. In California.

3) The inspiration for this song was Jerome Horowitz, aka Curly Howard of The Three Stooges. He had many signature phrases, including "nyuk, nyuk, nyuk," "woob, woob, woob," and "sointenly." Give us a movie quote, and be sure to tell us who said it.
Barbra Streisand's first-ever line on film:


4) Curly's older brother, Moses Horowitz, was better known as Moe Howard. Moe was convinced that Lou Costello of Abbott & Costello developed his screen persona by stealing from Curly. It turns out he was right! Lou Costello was previewing early prints of Three Stooges films before they were released to the public. Tell us about a time your gut instinct told you something that turned out to be true. Sometimes I can sense doom. I impulsively sent a gift to my friend Reg via Amazon. Just a little surprise certain to brighten his mood. But I just knew it was a bad idea somehow. Today I got a message from Amazon that it's been delivered "near the garage." REALLY?! Not the front door? So far I haven't heard from Reg. If I don't get word by end of day tomorrow, I'll shoot him an IM and ruin the surprise. GRRR! I really would have preferred to be wrong.


5) The third Stooge, Larry, was Louis Feinberg. Though he became famous as a movie comic, he was also a talented musician. When he was 11, he received an invitation to study violin at a European conservatory, but because of WWI he was unable to go. Tell us about plans of yours that were interrupted because of circumstances beyond your control (weather, the pandemic, etc.). I was supposed to spend Christmas 2020 in Key West. But between travel restrictions and my own bout with covid, I was unable to go. (Gee! I forgot it was an overhyped hoax. Even though I suffered from weeks of diarrhea and fever and debilitating fatigue, I should have gone anyway. Bitter? Yeah, I'm still bitter. Anyone who plays down this pandemic is an unpatriotic asshole. Oh, and put your fucking mask back on.)

6) As a teen, Larry took up boxing and won several bouts. His father disapproved of the sport and put an end to his boxing career. Did you participate in sports during your teen years? I was good at archery.
7) Today the Three Stooges Fan Club has more than 2,000 members and publishes a quarterly newsletter filled with rare photos, interviews, trivia and a marketplace where fans can buy and sell Stooge memorabilia. Have you ever belonged to a fan club? Nope. Which is strange for a fangirl such as I.


8) In 1983, Princess Diana was the world's top cover girl. Her influence was credited for reviving Britain's fashion and tourist industries. When you think of Britain, what's the first thing that comes to mind? 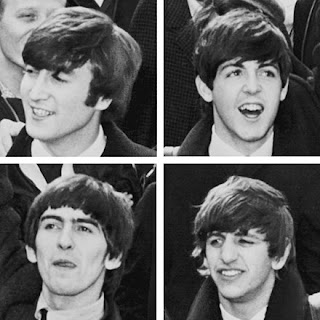 9) Random question -- Your best friend needs help hanging a picture. Would you be comfortable holding the nail so your friend could swing the hammer? Better for me to hold the nail than to swing the hammer. I'm a klutz, and therefore far less trustworthy with a hammer than my best friend.

Today's happiness -- Spinach strudel. When I was growing up, my father was very vocal about not liking vegetables, especially green beans and spinach. So we never had them with dinner. As an adult, I find I enjoy them both, and today I treated myself to a spinach-and-cream-cheese strudel for dinner from the new coffee house. It made me happy.