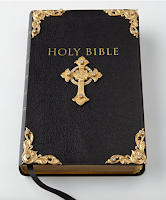 Donald Trump's noisiest supporters seem to be self-identified Christians. As a Christian myself, I find much of their behavior mystifying and disturbing.

Let's take, for example, the Twitter feed of the friend of a friend. He states -- with no evidence whatsoever -- that "Crazy Nancy" Pelosi will employ the 25th Amendment right after the Inauguration, removing "Sleepy Joe Biden" because of his mental decline and enabling "Monster" Kamala Harris to execute her "radical left wing agenda."

This man indulges in name calling and spreads conspiracy theories as truth. (Not to mention that I know no true progressives who are enthralled with Sen. Harris, but never mind that now.) How many commandments has he broken with just that tweet?

That's just the tip of the iceberg. Buckle up for the real ugliness. What if Neilia Hunter Biden wasn't killed in a car accident, but murdered? What if the murderer was her own husband, Joe, who wanted to "traffic" his young boys, Hunter and Beau, to pedophiles?

What ugly mind conceives of that? What evil mind shares it as truth on social media?

When this election is over, and Trump is just a bad memory, I hope I can have my faith back. My Christian faith is about love and forgiveness, not hateful smut. There's a Bible verse that sums it up: Be kind and tenderhearted to one another, forgive one another, as Christ forgave you. I know, I know. How dull it is, with no innuendo! No Trumpy bravado or name-calling.  It's just love. Old-school love.