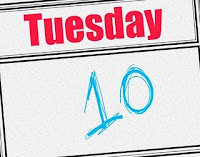 I thought of listing my own Top 10 movie quotes, but I couldn't limit myself to just 10. So I turned to the experts. According to the American Film Institute, here are the top 10 movie quotes of all time.

2. I'm going to make him an offer he can't refuse. (The Godfather)

4. Toto, I've got a feeling we're not in Kansas anymore. (The Wizsard of Oz)

9. Fasten your seatbelts, it's goging to be a bumpy night. (All About Eve) 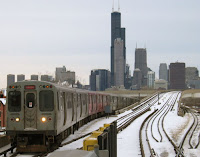 Endured a rather stressful commute this morning. At first I thought the only thorn in my side was going to be the old man seated behind me, who was gurgling with phlegm as he coughed and sniffled. You know the type: 70+, wiping his nose and mouth with a cloth hankie, has clearly enjoyed a lifetime of booze and cigarettes, as all "real men" do in the Old Country. There was something about his unique tone that, no matter how loud I turned up my iPod, Natalie Cole just couldn't drown out.

But no, it got more interesting than that.

A woman got on the train with her overloaded bike. You know the type: rail-thin, no make up, stick-straight hair pulled back. Probably only watches PBS or listens to Celtic Woman while munching on baby carrots. Usually rides her bike to work to reduce her carbon footprint. I don't know why she thought she needed to bring her bike on the el this morning during rush hour. She doesn't do it often, because she didn't know how to store it, letting it lean across three seats (thereby depriving six passengers of a place to sit).

However, I had a seat, and there were several other open, so I, like most commuters, ignored her.

HE, however, didn't. You know the type: young middle-aged, blue collar. Wearing a pull on knit hat and a thick, well-worn, water-repellent jacket. Unzipped, possibly because the zipper is broken. He was mad when he got on the train. Probably was mad when he woke up this morning. You know the type: you just hope he doesn't have a dog at home to kick.

He told her he wanted to sit in one of the seats her bike was obstructing. If the train were more crowded, I'd think he had a point. Between the bike and her skinny self, she was taking up 7 seats and had only paid for one.

She started to act like a victim, complaining about the rain and something about the bus she usually takes to work. I admit she was annoying. I mean, it's not like it wasn't raining on all of us. And most of the time, the CTA is pretty reliable. If something went wrong with her bus, well, shit happens.

He started to get aggressive, talking about her very loudly in the third person, saying she's only interested in her own comfort and not that of the other passengers. He had a point, but he also had access to another seat, so I don't see why he had to get so damn mad. Except that's what guys like him do.

So then she got all school-marmy, because that's what women like her do. And she lectured him more about how she tried to take the bus with her bike and he should just take another seat.

He got angrier, told her that her problems weren't his business, and started to move her bike.

She shot out of her seat and squealed, causing another man to get involved, holding the bike still and telling him to chill and just take another seat.

The angry man grabbed the newspaper she had been reading, balled it up and sat down where she had been. "OK! THIS is the seat I want!"

Being the way she is, she couldn't let it go. She leaned on her bike as if to protect it and accused him of assaulting her.

Being the way he is, he couldn't resist yelling some more. He called her "Lady" and warned her to shut up because he hadn't assaulted her ... yet.

We all rode on in silence for a while. Then the train arrived at his stop and he angrily, dramatically stomped off. She called out after him about how difficult he had made her morning.

I felt like saying to her, "Look, you both had seats. Why did you let it escalate?" But I didn't. Because my stop was next and I just wanted to get out of there.

I realized, though, as I was watching it unfold, that they each reinforced the stereotype I had of them. I wonder if seeing people as "types" and assuming how they are going to act gets in the way of really relating.

Likewise, I wonder what "type" people think I am. I guess I bear more than a passing resemblance to Elena Kagan. So my fellow commuters probably thought of me as a pudgy, middle-aged, lesbian/old maid cat lady. Of course I do not find that assessment flattering. Of course not. A woman like me wouldn't.