1. Would you try a recreation drug if all were legalized? Which drug are we talking about? Marijuana? Not interested in pot, legal or not. I used to like coke back in day, but it's too dangerous for this old gal now.

2. Are you happy that the U.S. Supreme Court once again upheld a woman’s right to abortion? Of course. What a woman does with her body is her own business. While I personally could never have an abortion, my reasons are all based on my religious faith. And if I may be corny this 4th of July weekend, one of the things that makes America great is the separation of Church and State. 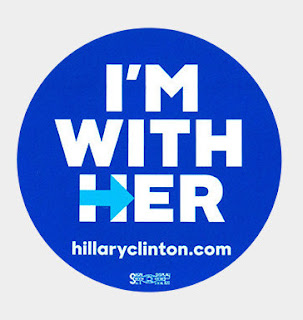 3. Would our country cope any differently with a woman president? We're about to find out, aren't we?

4. Do you believe in the death penalty? No. Emphatically no. My dear friend John was on a death penalty case and the jury unanimously found the defendant guilty. Guess what. DNA proved the jury wrong. Thank God the truth came out in time. Dear reader, you have no idea what this did to John. All he did was his civic duty, and he ended up with a world of hurt and the feel of blood on his hands. It's not fair, it's not right, to put this onus on jurors. If the more vengeful among you insist on a death penalty, then it should be imposed at sentencing by a judge.


5. Do you wish marijuana would be legalized already? Don't much care.

6. Do you believe in God? With all my heart.

7. How do you feel now that same-sex marriage is legalized? Happy. Love is love.

8. Do you think it’s wrong that so many Hispanics are moving to the USA? This is a silly question. Are we talking about the Spanish? Portuguese? Cubans? Mexicans? Brazilians? Argentinians? Colombians? Peruvians? What's the proper term for immigrants of Ecuador? We should include them in this, too.

11. Should the wars in the Middle East be called off? "Called off?" Were that it was so simple.


12. Do you believe in spanking your children? No.

13. A mother is declared innocent after murdering her 5 children in a temporary insanity case… what do you think? I need to know more before I answer this.

14. Would you want to prosecute someone for burning their country’s flag as a method of protest? If a native of Ecuador burns the flag of Ecuador, I couldn't care less.Why don't you rephrase the question?


15. It’s between you and a person who is being kept alive (with NO hope) by life support machines… one has to die? Who? Me, of course. I like me.


16. Are you afraid others will judge you from reading some of your answers? I don't imagine that anyone who reads this blog will be surprised by any of my answers.