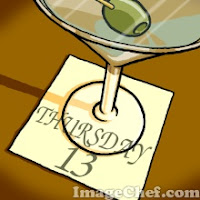 Thirteen facts about Queen Elizabeth. The world's eyes were upon her last week for her jubilee, so I'm a little late with this toast to Her Royal Highness

3. Actor Tony Danza was also born on April 21. I don't think there's any question who's the boss here.

4. She has been served by 14 Prime Ministers.

5. She's an early adapter, having sent out her first email in 1976 as part of a demonstration of how the technology works.

6. In 2019, she published her first Instagram post. It was a salute to mathematician Charles Babbage. (What? You were expecting a photo of bangers and mash with #Yummy?)

7. When she watches soccer she cheers for Arsenal.

8. She became a homeowner at age 6, when the people of Wales gifted her with a cottage.

9. Today she can be considered the landlady of 30 palaces and estates.

11. She received an elephant as a gift from the President of Rangoon. He was named Jumbo III and lived out his life at Whipsnade Zoo in Bedfordshire.

12. She can make it rain if she wants. A tribe from Canada presented her with a totem pole believed to bring thunder.

13. Her favorite cocktail is gin and Dubonnet.

Here's to ya, Lillibet!