So this is what all the fuss was about

Whenever I read about "Pre-Code Hollywood," the movie Baby Face is mentioned. This 1933 film is emblematic of what disturbed the public about Hollywood back before ratings and censorship. So Saturday, I finally saw it. On the big screen and with my movie group.

Basically Stanwyck is a woman who approaches sex the way men do. She is appalling. So are all the men in this film. I can see why God fearing Americans were shocked and dismayed.

I'm glad I saw it. It puts the films of the early 30s into perspective for me. And John Wayne -- an actor who usually leaves me quite cold -- was actually charming in a bit role as one of Stanwyck's early, cast-off boyfriends.

1) In this song, a girl sings that she'd rather spend a quiet evening at home than go out on a date. How about you? Do you enjoy quiet time? Or do you prefer keeping a busy calendar? This week I've gone out twice already, and have plans for Saturday night. It’s too much. In my long ago party girl days, I thought it was a scandal if I was home on both Friday and Saturday nights. Now I resent it when I’m not.

2) She dreams of how her life with Johnny would be. What did you most recently daydream about? Boston. I'm reading a Spenser mystery and it makes me want to wander the Public Garden. 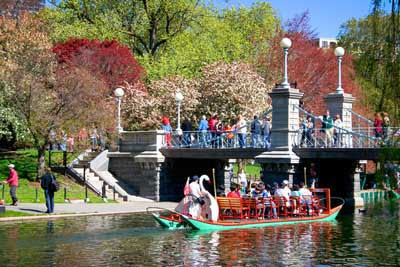 3) Shelley never considered herself a singer and is more comfortable acting. A costar on The Donna Reed Show, she was pressured to make this record by the show's producer, who wanted extra exposure for the show by having this song on the radio. Tell us about a time you ventured outside your comfort zone. I'm confident when I meet new people in a professional setting, but socially ... ugh.

4) Elvis said she was his favorite leading lady, and she appeared with him in three films. What qualities do you appreciate in a coworker? Dependability and a generous spirit.

5) She met her close friend and fellow teen star Annette Funicello when they were 12 and attended the same Catechism class. What do you recall from your middle-school years?  The first taste of freedom! It was heady going to the hotdog stand with my friends, but without an adult.

6) After The Donna Reed Show, Shelly went on to a recurring role on One Day at a Time and was twice nominated for an Emmy for her work on Coach. Her husband is Mike Farrell, who played BJ on M*A*S*H. Which of those four sitcoms would you enjoy binge watching? Maybe One Day at a Time interspersed with Donna Reed. Then I could watch TV moms evolve from the 1950s to the 1980s.

7) In 1962, the year this song was popular, is also the year Jack Nicklaus began his successful pro golf career. Do you enjoy playing golf? Watching it on TV? No, and no.

8) A 2013 study said most Americans will have 12 romantic relationships in their lifetime. Does this mean you've had more or less than your share? Less.

9) It's closing time at the mall and you find yourself accidentally locked in a toy store. You call the police and they say someone will be there in about half an hour to rescue you. While you wait, will you play with any toys? (If so, which ones?) I'd like to see how today's Barbie and her accessories compare to my Barbie.