Perfect for what ails me

Tonight CBS gives me one of my favorite NCIS episodes -- there's a citywide blackout and the agents must go "old school" to solve the crime. I'm grateful, because I feel depression encroaching.

Yesterday she called me, kinda out of the blue, and she seemed to have an agenda of some sort. Yet after we established her kids and husband are fine, she asked me how I was and I started to tell her. I mean, we haven't seen each other in a while and when we have, someone else (her son, her husband, a mutual acquaintance ...) was around so she really doesn't know what's been going on.

Anyway, she said she'd love to catch up but she had a meeting. She said she'd give me a ride home from work today (we live in the same neighborhood) and we could stop for drinks and catch up. All day went by and I hadn't heard from her. I called her at 5:30 and got no answer. I left a message saying I would wait around until 6:15 because, well, it's raining and I'd really like a ride. Come 6:15 I did just that, trying not to feel like dogshit.

I got home, mixed myself a screwdriver, and checked my home phone. No message. I decided to give Kathleen the benefit of the doubt and checked my office voicemail. She didn't pick up my call until 6:30 and she's very embarrassed and sorry. She's too busy to get together this week, but she thinks of me often.

She apologized and I know that should be the end of it. I mean, do I expect her to surrender an internal organ or something? Shit happens. People forget things every day.

I also know, though, that I would never have done this to her.

We have known each other for 15 years. I shouldn't be too hard on her, shouldn't forget all the good times we have shared. I also know I have friends I could call on if I really felt lonely, especially John, who I have been trading chatty emails with all day. But to be honest, I don't feel like real-live company just now.

So said my 11-year-old nephew of his teacher. He believes that she is as bored with the school year as her students and is, in his words, sending kids directly to the principal's office for even minor infractions because "she's sick of them." 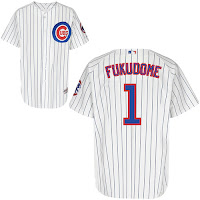 One of his classmates wore a brand-new Cubs' Kosuke Fukudome jersey to school and the teacher immediately pronounced it "inappropriate" and started to write him up and send him to the principal's office. It took "all the boys" to talk her out of it, reassuring her that "Fukudome" is indeed a real Cub player.

"Can you BELIEVE her?" my nephew huffed in disgust. "She thought it was a made up name! She must be a Sox fan."

1) Paparazzi. I watched Smash His Camera, a documentary on HBO about Ron Galella. I feel bad about how much I enjoyed his work. It's so voyeuristic of me to be as fascinated by his day in/day out shots of Jacqueline Kennedy Onassis as I was, but they were so revealing about the lady and her life! I even love that when he sued her -- basically a publicity stunt on his part -- she counter sued him, won and somehow managed to get the First Amendment overturned with a ruling that he could not come within 50 ft. of her. Anyone who picks up a copy of US probably feels the same twinge of delight mixed with guilt.

2) My best friend. His own birthday is coming up and yet it's his daughter's birthday, also in June, that is making him a little blue. She's turning 13 … she's away from home this week, vacationing with a friend's family … he seems to be missing the devoted Daddy's Girl she was. He has often told me about his transformative moment: when she born, and the doctor allowed him to be the first person ever to place hands on her. So I guess her turning 13 feels very Important-with-a-capital-I, too.

3) My niece. She's growing up, too, but we seem to coming back together again as she comes into her own as a young woman. I mentioned casually a few weeks ago that I missed the movie she claims as her favorite (Away We Go) when it was in theaters. I got a text from her today, letting me know one of her friends just returned her DVD and asking how she could get it to me. It's sweet that it means so much to her that I see this.

4) My oldest friend. She is focused on getting her house in order and is now my idol. I feel guilty that I haven't followed her lead today and earned a "Clean Me" dustbin and broom. I worked late and was soooo tired when I got home Monday evening. The important thing is that even though I didn't do anything yesterday or over the past weekend, that doesn't mean I should abandon my goal of improving my standard of living at home. To borrow from Katie Scarlett O'Hara, "Tomorrow is another day!"

5) Homeless people. Specifically, my homeless people. The homeless gentleman in front of McDonald's has reappeared, as suddenly, it seems, as he disappeared. He no longer seems to remember me, but that's OK. He probably sees literally hundreds of people every day from his perch on top of a box on Wabash. And he still asks God to bless me, and can't we all use a little more of that? On the other hand, Molly the Cat, and her people, have disappeared.

6) The Cubs. Why can't my heroes in pinstripes put a string of wins together this year? At home or on the road -- it doesn't seem to matter. Win one day, lose the next ... They just don't seem to be able to get momentum.

7) Commercials. Why are they so much louder than the shows I'm watching?

8) My friend, Barb. She is so organized at work, and such a complete ditz outside of it! We keep scheduling her birthday dinner, and then rescheduling it because of something that came up, or that she forgot about. She is always playing with her precious iPhone. Shouldn't it help her stay on top of things?

9) "Mr. Kerry." The suspect in this 2008 documentary about a murder in Richmond, VA, is "John Kerry." How unfortunate for the real John Kerry!