1) John Legend sings he loves his woman's "perfect imperfections." Tell us something quirky or imperfect about a loved one that you would not change. No matter what is going on in her life -- and it seems there's always a lot going on her in her life! -- my oldest friend always begins each conversation with, "Hi, Dear! What's new with you?" I swear, if her arm were just gnawed upon by a bear and she had a tourniquet on what was left, she'd still open the phone call with a perky, "Hi, Dear! What's new with you?" The incongruity is wacky, but so uniquely her.

2) John wrote this love song to his wife, Chrissy Teigen. The couple recently lost their baby after pregnancy complications. To whom did you most recently send a sympathy (or "thinking of you") card or message? My art director has been diagnosed with cancer. I sent her a card letting her know she can lean on me.
3) While adventurous in his creative career choices, John admits his taste in food leans toward the tried and true. His favorites are chicken (rotisserie or fried), macaroni and cheese, and steamed vegetables. What's on your weekend menu? I don't know, specifically, but I'm in a carnivorous mood. Beef would be good.

4) When he was growing up, John's mother, Phyllis, helped support the family as a seamstress. Are you any good with a needle and thread? I can hem and mend, but that's it. 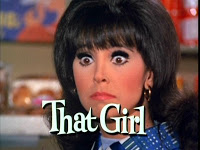 5) As a child, he was such a big fan of Andy Griffith and Matlock that he wanted to be a lawyer. If you grew up to have the same occupation as the TV character you liked best as a kid, what would you be doing? I'd be an underemployed actress who has many adventures, impossibly thick eyelashes and a fabulous wardrobe.

6) John is a judge on The Voice. Do you watch that show? Or America's Got Talent, or American Idol? I watch Idol on occasion. The Voice has too many rules about teams and steals and I get confused and bored.

7) In 2013, the year this song was popular, twin baby pandas were born at Zoo Atlanta. Their panda parents had been given to the US as a gift from the Chinese, with the understanding that any offspring would be given to China. So, in 2016, the panda cubs were flown to a Chinese conservation center. They had a hard time adjusting at first, confused by jet lag, unresponsive when spoken to in Chinese, unimpressed by their new diet. Have you ever found yourself similarly overwhelmed when you traveled far from home? (BTW, the pandas are doing just fine now in their permanent Chinese home.) I remember having a terrible time adjusting when I got home from my one and only trip to Europe. All I wanted to do was sleep, and sleep some more.

9) Random question: Have you ever a) written something on a public wall or b) carved anything into a tree of bench? What  is the statute of limitations?

HE offered to cover for ME

Because of the spike in covid cases, we may be on our way to another shutdown. And it's supposed to rain all weekend. Those two factors combined made me really want to get to the vet's office this afternoon. Both Reynaldo and Connie are on prescription cat food and I want to fill my larder but I don't want to haul the cans across town in the rain.

I sent an email to my teammates, saying I was knocking off at 4:00 and I was honest about why. My new boss answered almost instantly: "Of course! This is important. Let me know if there's anything you need me to block and tackle so you can take the time."

My boss was willing to take over my projects this afternoon so I could pick up kibble. He's been my boss for about two months now, and he's been terrific. Last week, when I was off on vacation, he actually told me to stop monitoring my emails. He kicked off this week by telling me how well I handled a presentation.

My head is spinning.

My old boss never covered for me. He wasn't involved enough in what I did and wasn't interested in learning. That meant I often had to answer emails and handle calls from my vacation. I always knew it wasn't fair, but I'd gotten used to it. It did always bug me, however, that my boss expected me to cover for him, which often meant I'd be doing jobs (his and mine) for a week at a time.

This fellow deserves some credit, too. Since I live my life on Zoom, all my coworkers have gotten to know Reynaldo. He's often in my lap as I work. The mic has caught him yowling on occasion. My first meeting with my new boss, I wasn't aware Reynaldo was photobombing from the counter behind me. I used to apologize for his furry intrusions, but was told by no less than the VP in charge of market research that I "should never apologize for Reynaldo!" He's a member of the team.