Have you ever clicked on an ad on the side of your screen by accident?: All the time. And I always get mad at myself.


When was the last time you were disappointed?: The reaction to the Trayvon Martin verdict. 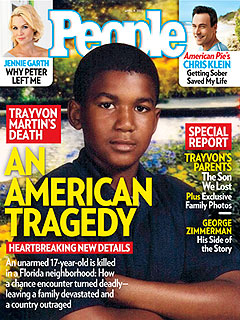 People are actually saying that an unarmed boy deserved to be murdered because he had tats and posed flipping the bird for his friends on Facebook! (Let me be clear: I don't dispute that the jury did their best and followed the followed the rule of law. I respect their hard work and I respect them. Just not my angry, hateful fellow Americans.)

I'm old enough to remember those not-so-long ago days where it was often said a woman somehow brought upon her own rape for wearing "provocative clothes." This retro, "blame the victim" thinking leaves me so very, very disappointed in our society. I am a 50+ year old white woman who walks alone at night, and I am Trayvon. I deserve to travel my street on foot without some guy with a concealed weapon intimidating me! And believe me, if I had been Travyon that night, I would have been frightened and angry, too.

Do you like the smell of rain?: Unless people are smoking. The smell of cigarette smoke hanging in the rain is EXTREMELY barfilicious. 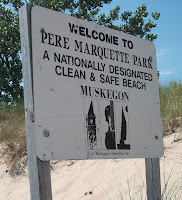 What was the last thing you took a picture of?: I went to visit my niece in Muskegon, Michigan. It was lovely to see the other side of Lake Michigan for a change. And yes, this beach was outstandingly clean and beautiful!

When you go to McDonald's, what drink do you usually get?: Medium Coke

What were you doing today at 2:15 in the afternoon?: It hasn't happened yet today. But yesterday I was taking pictures at Pere Marquette Park. 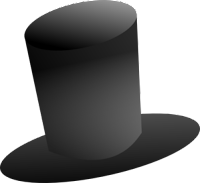 What's the nickname of your home state?: The Land of Lincoln. As an Abe-o-phile, I am very proud of this. He arrived here as a young man of 22, stayed and raised a family and became a national
spokesman against the proliferation of slavery, left here for DC in 1861, and came back for his eternal rest less than 5 years later. Abe so rocks! One of my favorite authors, Doris Kearns Goodwin, has often said that there are so many books about Lincoln because it's so easy for authors to fall in love with him. I agree!

What's the worst type of weather in your opinion?: When the mercury tops 85º, I start suffering.

Do you have a Kindle, Nook, iPad or none?:  Kindle. It's fine. It just hasn't rocked my world the way I thought it would.


Would you rather read or write?: Read

When was the last time someone took a picture of you?: Like Garbo, I try to avoid photos

Do you own a pair of slippers?: Yes. I never wear them, but people keep giving them to me.

Name something negative that you hate about yourself: Lack of discipline

Is your house currently hot, cold or just right?:  It's a wee bit chilly

Is there a Dead End road near where you live?: Yes. Well, maybe. Maple Avenue turns into a cul-de-sac just past the hospital. Does that count?


Do you roll your eyes often?: Yes. Lately when people say George Zimmerman was found "innocent." There's a humongous difference between "innocent" and "not guilty." (My heart goes out to those poor jurors as they watch this ongoing debate.)

Growing up, did you see your cousins often?: I saw my cousin Kathy a lot.

Where was your first job at?: I was a secretary in the newspaper advertising department at Sears Corporate Headquarters.

When's your birthday?: November 22. Please feel free to make a note of it so you can send regards. :)

Is life a party to you?: I think of it more as a journey or adventure than a party. I am a woman of faith, and know that Christ promises us Eternal Life, not an easy trip en route.

Who are you tired of seeing in the news a lot? : Wayne LaPierre

When was the last time you flew a kite?: Never

Have you ever had to call and complain about a product you bought?: I'm sure I have, but nothing springs to mind. Sorry.

Name something positive you love about yourself: I try. 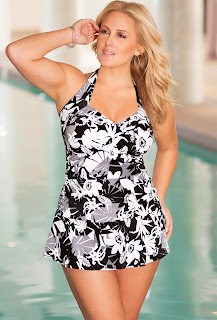