The Return of the Grumpy Old Man

My oldest friend has been exchanging Facebook posts with Archie Bunker again. Sigh. I can't tell you how worried I am about this.

My oldest friend is very fragile. She has confessed that she is so overwhelmed by depression that sometimes it's all she can do "to wake up, brush her teeth and go to work." She and her shrink agree that she needs to make friends in the Los Angeles area (she has none). What she does NOT need is a grumpy asshole with health problems of his own.

•  He blames Obama for his insurance premium going up. Never mind that he's nearly 60, suffers from diabetes and has been hospitalized for several nights this past year. No, it's that damn Obama.

•  He refused to watch the White House Correspondents' Dinner because Obama has no business partying when the country is in such a mess. Never mind that every president since Wilson has attended and participated. I guess Old Archie didn't think the country was in much of a mess during the Depression or World War II. (I did watch the WHCD and must report that no one in the room seemed to miss him.)

•  Conan O'Brien was rude to him each and every day when the rode the elevator together at NBC/Channel 4 in New York. Probably because Archie is such a grumpy old asshole.

•  Jason Collins, the only major league player of any sport in this country to come out of the closet, annoys Archie because it's a "non news story."

•  He suffers attacks of vertigo in the evening but doesn't go to the doctor because ... well, I guess it's more useful to just post about them.

I continue cyber-stalking Archie because I am so protective of my vulnerable old friend. His negativity and his temper are most definitely NOT going to help her through this rough patch. Especially since after they actually did go out, he lied and told her he was too ill to make their next date, and then posted photos of himself playing Hollywood tour guide to attractive young(ish) female friends from the east coast. 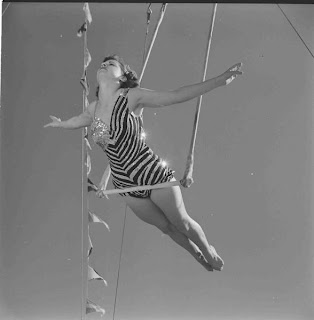 Today I worked out, ate a lunch that I brought from home, and gave an internal presentation that went well. Yes, today, this Gal done good.