A song by an artist whose voice you love. She is known as a leather-lunged lady who can belt, like Judy or Whitney. But singing softly she's just as good. She's a singing actress with a fabulous voice. This is how I sound in my dreams. BTW, this is from Funny Lady, a shitty movie with a fabulous soundtrack. (Play along! Click here for prompts.) 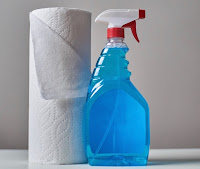 A song that breaks your heart.  (Play along! Click here for prompts.)