Getting to Know You Questions


1. Would you prefer to be smart or happy, and why? Happy. I think there's more contentment associated with happiness, while knowing too much can cause worry.

2. If you could choose one superpower, what would it be and why? I'd make every task I undertake become a piece of cake. Watch below beginning at 1:40. THIS is how I'd like to do housework.

3. What is your biggest regret in life so far? I spent too much time in a bad relationship.

4. If you could marry a fictional character, who would it be and why? I've always envied Jo March (of Little Women) her Professor Bhaer. He's worldly, he's kind and he takes her seriously. Plus, I like the idea of a fella with an umbrella. 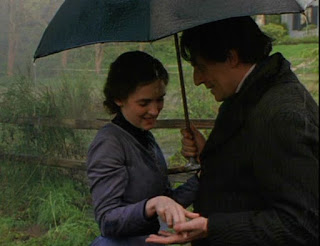 5. If money and career were no object, where in the world would you choose to live? Here. Chicago has wonderful architecture and theater, tremendous diversity, and THE WORLD CHAMPION CHICAGO CUBS!

6. What’s the last book you read that you simply could not put down until you finished? Well, I was able to put it down because thousands of pages is too much for one sitting, but I loved the two volume Sinatra biography by James Kaplan. When it was over, I found myself missing Francis.

7. What television show do you plan your day around in order to see it live? Only Cubs baseball. Everything else I know I can catch on DVR or OnDemand.

8. What extracurricular activities or sports did you participate in when you were in high school? Oh, I hated all that clubby shit. I tried Spanish Club and the school newspaper when I was a freshman, but I just couldn't take it.

9. Of all your pet-peeves, which is the strangest? People who carry umbrellas on sunny days. I don't know why they annoy me, but they do.

10. Is it better to beg forgiveness or ask permission? Forgiveness.

11. If you inherited or won a million dollars, what would you do with it? Figuring that taxes would eat up half of this, we're talking $500,000. I'd put it all into my retirement fund. Not sexy, I know. But it would be such a relief to not have to worry about that anymore.

12. What is the most embarrassing thing that has happened to you? Back when I still wore skirts, the wind caught one and blew it up, a la Marilyn. I wasn't wearing panties under my hose. The fact that I'm still here answering this question is proof you can't die of embarrassment.

13. Which fictional character do you believe is the most like yourself? Katie in The Way We Were. I take everything too seriously.

14. Are you superstitious? If so, what are you most superstitious about? Well, when the Cubs were in the playoffs I only wore Cub t-shirts on game day, even to the office. And they won the World Series, so clearly I did something right.

15. Do you believe it is vital to everyday life to know what is happening in the world around you? Yes. I'm like the daughter on the AT&T commercials about the internet being down: "Something just happened in the world and we have no idea what it was."

16. What is the nicest thing anybody has said, or you believe they would say, about you? My friend in the Keys refers to me as his "true sister." I love that.

19. What are you three weaknesses? Coke, bookstores, cats.

20. How would you describe yourself in three words? Four words: Tall, tan, young, lovely. Yes, I am the Girl from Ipanema.

21. Which is more logical to follow—your heart or your head? Logically I would have to say "head."

22. Are you spiritual or religious in any way? If so, how? I believe in God and Christ and Eternal Life. I try to live my life in a way that pleases Jesus. I often come up short, but I am happy to keep trying.

23. If you could have any career possible, what would it be? I'd love Doris Kearns Goodwin's career. She takes oft-told American tales (the Roosevelts, the Kennedys, Abraham Lincoln) and gives them such a fascinating spin. 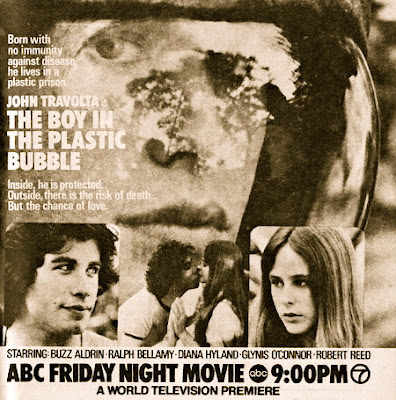 25. Which is better—a novel or a movie? Depends on the movie and book.

The good with the bad 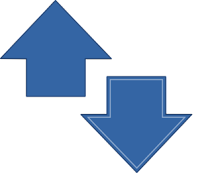 Today should have been a good day. First I had a haircut and was heartened to hear my stylist tell me that he can barely spot the hair loss that has me so freaked out. This is so top of mind (no pun intended) and I made an appointment with a new dermatologist who specializes in this sort of thing, but I won't see her until December 15. Yes, I know it's not life threatening and yes, I know it shouldn't matter to me as much as it does ... BUT IT DOES! So him telling me honestly that it doesn't show made me feel better. Hopefully this new doctor will be able to stem, if not cure, whatever is going on with my scalp.

Then I had a lovely lunch with my nephew, who wanted to talk about "the best thing ever" (the Cubs, naturally) and "the worst thing ever" (Trump's election). He's so enthusiastic about everything -- the Cubs, national politics, his girlfriend -- that it was heartening to talk to him. He still hates school, except for English and history, so we really didn't talk about that much. I sense that he's happier than he's been in a while. He's such a sensitive kid, so good at heart, and deserves good things.

BUT my aunt got very mad at me on Facebook Saturday morning and I've been upset all day. The impetus was that my friend Kathleen posted something about resistance to Trump that she found inspiring. I clicked "like," which meant it then appeared in my aunt's feed. Uh-oh. She commented rather definitively that Kathleen was wrong. I said I agreed with Kathleen, and a friend of Kathleen's named Angela chimed in. I suppose my aunt could have just let it go and moved on, but then she wouldn't be my aunt. Anyway, after saying something snarky about Kathleen, she said, "I'm done here." Now Kathleen didn't deserve what my aunt said. Either she was confused and thought I'd posted what offended her. So I wrote, "I hope you didn't feel dissed by my aunt. She was upset and didn't understand your point."

Oh. My. God. Auntie, who said she was "done here," came back to tell me she meant everything she said and I should never, ever apologize for her or talk down to her.

Oh, good. So now Kathleen's been insulted and she feels she started a family row. All for expressing an opinion on her own Facebook feed.

Kathleen said she felt bad (though she shouldn't) and explained herself again. Then she said we should all feel loved on page. I wrote that my aunt is one of the few people who has loved me longer than Kathleen and that I loved them both. And then I logged off and haven't been back on.

I'm upset, and I don't like being upset. I'm flying Sunday afternoon -- my birthday trip to Graceland! -- and I refuse to let anything rattle me. I'm already a white knuckle flier. I've been looking forward to this trip for this wacky little getaway for a while now. I want to be happy. So I'm staying off Facebook until I feel more social.