Will it ever stop haunting me? 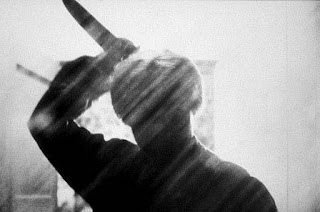 I have a swing top wastebasket in my bathroom. Today, while I was showering, gravity did its thing and the top moved a little. I heard it and pulled the shower curtain aside in terror. Yes, even though I'm on the fourth floor, behind a locked door in the lobby, a locked door by the elevator and a locked front door, I still half-expected to see Norman Bates' "mother."

I can't believe this is real 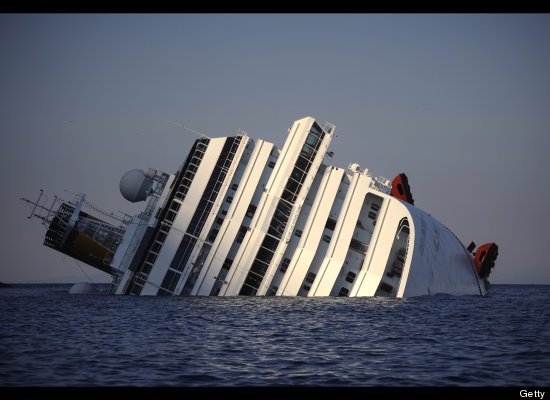 This isn't a Hollywood special-effects portrayal of Titanic. This is real. And more terrifying than I can imagine.

From Businessweek.com: The captain of a Carnival Corp. cruise liner may have made “very serious judgment mistakes” before and after his ship capsized off Italy’s Tuscan coast, killing at least 5 people, the ship’s operator said.

Costa Crociere, the Carnival line that runs the ship, said “it seems” Captain Francesco Schettino sailed too close to the island of Giglio and didn’t follow company emergency procedures, according to a statement yesterday. Schettino was arrested and accused of manslaughter, abandoning the ship and causing the wreck late on Jan. 13.

Rescuers are still searching for as many as 17 people missing from the Costa Concordia. About 60 people were injured after the ship carrying more than 4,000 passengers and crew hit submerged rocks in the Tyrrhenian Sea. The ship’s insurers may face total costs of about 405 million euros ($512 million), said one person with knowledge of the policies.
“In terms of physical damage, this will be one of biggest claims around,” said Eamonn Flanagan, an insurance analyst at Shore Capital Group Ltd. in Liverpool, England.
Two bodies were found onboard yesterday, said Stefano Giannelli, a fire department spokesman, adding to the three known to have perished. Teams found two South Korean passengers in a ship cabin at 3 a.m. local time yesterday and saved a crew member on the third deck, Giannelli said.
About 60 firefighters are deployed in the search operation that will continue “all night long,” Giannelli said. Rescuers have searched one third of the ship, said. Four tourists -- two French, one Italian and one from Spain -- and a Peruvian crewmember are known to have perished, the Civil Protection unit in Grosseto said in an e-mail statement.
Posted by The Gal Herself at 1/15/2012 07:49:00 PM 1 comment:

My Christmas gift to myself

I bought myself another, newer DVD of The Way We Were. This one includes deleted scenes. And Streisand is right, director Sydney was wrong -- the deleted scenes were important and would have made the movie so much better.

Especially the scene (4:55) when grown-up, married, pregnant Kate Gardner drives past UCLA and sees a young girl who reminds her of her younger self, Katie Morosky. And she realizes how far she has come, how much of herself she has suppressed, in order to have this man and this life. And how much is costs her.

I also like the extra smoochy scene and the scene where Katie offers to leave Hubbell so that he won't have a subversive wife to endanger his career.