When my niece was almost 6, she was obsessed with the animated Anastasia. She had a dream where she walked into an Anastasia store that only sold Anastasia stuff. As her dream went, she could purchase everything Anastasia for $100, and she had exactly $100 in her purse.

I went on eBay and purchased Anastasia memorabilia from all over the world (my favorite: plastic Anasastia medallions that had been packaged in cereal boxes in Ireland). I spread them out all over my apartment and put a sign on the front door: Anastasia Store -- Everything $100. The look on her face when she came in the door, the way she clasped her hands together under her chin and looked around the room in wonderment at the Anastasia dolls and books and puzzles and pillowcase, etc. ... I'll never forget it. How often in life do you get to make someone's dream come true?

Now she's almost 20 and has just moved into her first place with her boyfriend. It's a one BR cottage. He is happy because, even though it is small and old and has crappy floors, it's one of the few stand-alone rentals they could afford. She is happy because it has a fireplace and she thinks it's the Taj Mahal.

I am happy that she is enjoying her college life so much. She is getting great grades, and has made friends and has fallen in love. Hooray for her.

But you have to forgive me if sometimes I miss the little girl who laced her fingers together under her chin when she was (so easily) delighted.

The office closes at 12:30 on Fridays in summer. I stayed a little late and got in my front door at 2:00. I made myself a hotdog and took a nap. It felt sooooo luxurious!

Now I'm going to wash clothes, while most of the other tenants are still at work so I anticipate I'll have the laundry room all to myself. Bliss! 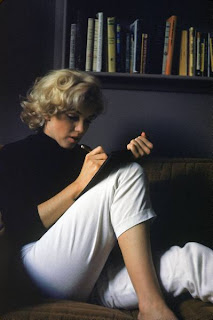 This weekend's challenge: Using up to 333 words, recount a time of life that can be clearly identified by the number three. The story should be be true-ish, and an artistic creation, not just a play-by-play account. Think less "blog post" and more "creative writing."


The landlord’s tour didn't take long because the apartment was only 650 square feet. Just a three-room walk-up on the top floor of a “vintage building,” which is real estate speak for “real old.” As we moved from living room to dining room to bathroom, I was indifferent. All I  saw were badly damaged hardwood floors,  a tub but no shower, and steam heat but no air conditioner.

But when we got to the narrow galley kitchen, I fell in love.

A wide, shallow pantry took up half one wall, a sink with exposed plumbing  took up the rest. There was an old Frigidaire that would require defrosting with pans of boiling water and my blow-dryer set on high, and a gas stove that would have to be lit with matches. The heavy backdoor had a transom! And there was an odd little set of three shelves, waist high and recessed into the wall.

“This building is from the 1920s,” the landlord explained. “That was the door where the iceman made his deliveries.”

Suddenly I was enchanted. It was no longer a dingy old apartment, no longer just what I could afford. Now it was a home where generations of women before me had lived. I could imagine one wearing a house dress, standing right here, preparing dinner while hearing about the Crash of 1929 on the radio. Maybe another had come in through this big back door after seeing Casablanca on a date with her boyfriend. All at once I saw beauty and heritage in this kitchen, as only a highly-romantic 18-year-old girl can, and I believed I belonged with those women I imagined had stood on this old linoleum before.

"I'll take it." The three magic words sprang from my lips and Apt. 3A was mine. I lived here happily for more than 20 years.