But nothing is all bad

Yes, Wednesday had its icky moments (see post below). But I was happy, too.

1) These two. Connie and Reynaldo have been very affectionate this evening. It's as if they sense I had a bad day and want me to have a little extra sugar. 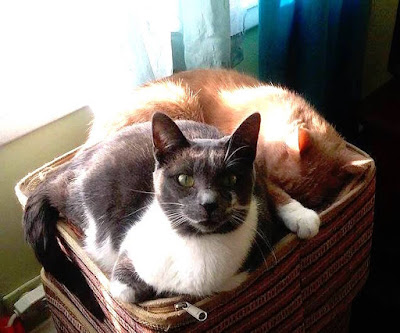 2) And these two. Bryzzo delivers the advice I didn't know I needed. How adorable are my guys?

3) And this came! I'm really going to the TCM Film Festival.  Look at my pass! 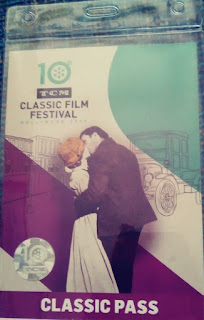 You know what I don't need? This! 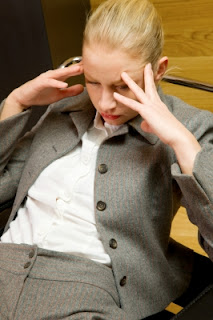 Working on a big project at work. Massive. High profile. It's what I do well. I should be enjoying it, except for circumstances beyond my control -- like the account team and the production studio. So I'm worried about how it will go. Will I do right by my client? Will this project have positive -- or negative -- ramifications for my job security?

On top of this, I got caught in some Henry and Reg crossfire. My friend Kathleen is going away for a short girls' trip to Puerto Rico -- a bonding time for her and her sisters as they recover from their father's death -- and so I called Henry for travel tips. He was just in Puerto Rico last year, and I know he loves talking about the land of his birth. He always complains that people treat him "like a child," so I thought that asking his advice would make him feel more valid.

We talked about a rain forest, and his favorite restaurant, and everything was going OK. And then it wasn't.

Henry started talking about the accident ... again. And again. And again. He doesn't remember the accident. But he's sure he knows what happens, and his theories completely exonerate him. I'm beyond exasperated by this. I don't care. I know it's his brain injury talking, and it's tiresome.

He was complaining specifically about his friend, Phyllis. She says she doesn't believe his fabricated version of events. She snapped at him. He took that to believe that she was questioning his sanity. Maybe she was -- I've never liked Phyllis -- but that's not the point. He was hurting and I tried to make it better.

Hours went by. Literally. There goes NCIS. There goes This Is Us. There goes the time I was going to spend writing a letter to my Cousin Rose. Round and round about the accident. And just about everything he was saying was drivel. Not the way I wanted to unwind from a stressful day.

He went from angry to tearful to depressed to loving. These were the mood swings I hoped were behind us. OK, they aren't. But you know what? He's doing the best he can as he battles back from this brain injury.

This afternoon, when I'm sitting in out in the open, waiting for my art director to make some revisions to The Big Project, Reg's email arrived. It was a Gofundme update that went out to the 153 contributors to Henry's recovery fund. My aunt, my cousin, my niece, an old boyfriend, John and 14 other people who only pitched in because I asked them to, they all got to read an email about how "The Gal from Chicago" called Tuesday night just to "badger" Henry. He called me out by name, announcing how I'm not a real "friend" and I'm not helping.

What the ever loving fuck?

I tried to maintain my cool, but it was hard. I grabbed my phone and kept it together until I got into the lobby. As I began dialing Reg, he called me.

"The Gal from Chicago here," I answered.

He seemed surprised that I was angry at him. After all, to his mind, I called Henry last night, just to "badger" him about the accident, and Reg woke up upset and nasty to Henry. Clearly, I'm a sadistic bitch.

I told him what really happened, and then I added, "I deserve better from you."

"I am so sorry," he kept repeating. And I believe he is. He's tired. He's dispirited. Consequently, he's making bad choices.

Reg took down the original post and sent a new one. He apologized, referring to me as, "a very good friend, an ally and a sounding board for Henry's rants. I don't know where I would be without her input."

Fucking A, Reg. Fucking A.

I'm tired. Exhausted from The Big Project. Worn out by Reg and Henry.