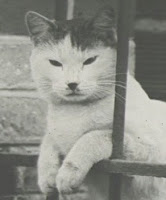 Binge watching. It began when I was a little girl and would get up in the middle of the night to see if Jerry Lewis was really still on the Labor Day Telethon.* Then, around 2010, I started watching the Law and Order marathons on TNT. Ever since, I've been hooked. Psych, NCIS -- when I fell in love with my TV boyfriend, Mark Harmon -- Friends, L&O: SVU, The Golden Girls ... I've enjoyed watching them all, one episode after the other.

Tonight I watched back-to-back episodes of Magnum, PI, and I loved it!

*He never disappointed me. Jerry was always there, screeching like a monkey and putting an entire glass in his mouth before introducing a plate spinner.
Posted by The Gal Herself at 8/16/2013 12:45:00 AM 3 comments: